Over the past few weeks more reports and rumors have started to surface regarding a brand new smartphone coming soon from Verizon and Motorola to replace the popular DROID Ultra from 2013. It’s called the Moto DROID Turbo, and today a few leaks are reportedly confirming the specs.

Initial rumors of a brand new Motorola DROID for Verizon Wireless emerged back in August, but since then more details have begun to surface, including reports of an October release date.

Last week our first images of the new smartphone leaked, and now we’re seeing a few reports regarding the specs ahead of the release date. The new Verizon DROID Turbo has been spotted running a few benchmark tests, which is sharing a few key details regarding what prospective buyers can expect from the new phone. 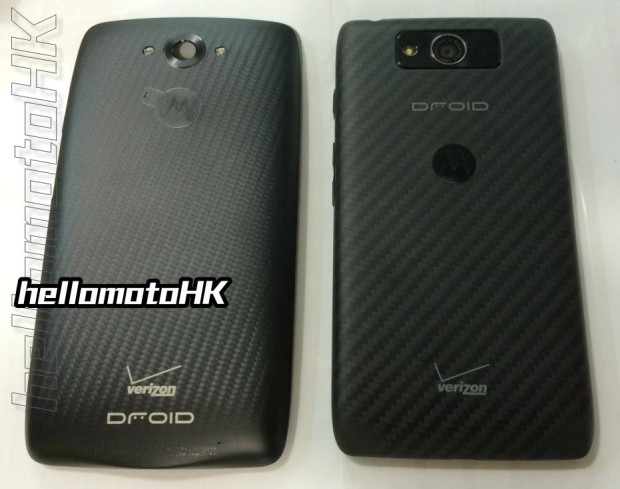 The past month has been a rather busy one for Motorola with the release of two brand new smartphones and the Moto 360 smartwatch, but they have more coming soon. After launching the new Moto X and Moto G for 2014, we’re now hearing early next month the Verizon DROID Turbo will arrive to take on the Galaxy S5 and iPhone 6.

The popular benchmark suite GFXBench has reportedly been running on the new Moto DROID Turbo, and it essentially confirms the specs we’ve been hearing thus far. Add that to leaked images and release date rumors, and a new phone could be coming sooner rather than later.

According to the image and test shown below, the new DROID Turbo will be a rather impressive smartphone. It claims the new smartphone will offer a 5.2-inch 2560 x 1440 quad-HD display which is better than the current Moto X. The Turbo is running the new Snapdragon 805 2.7 GHz quad-core processor with 3GB of RAM, 32GB of internal storage, and confirms one rumor we’ve heard a few different reports on.

This benchmark claims the DROID Turbo will have a 20 megapixel rear camera with 4k video recording, a 2.1 front facing camera, and is running the latest Android 4.4.4 KitKat. It states 21GB of storage, meaning the phone will have 32GB and some is currently in use.

Previous rumors suggest Motorola and Verizon’s new phone will have a massive 3,300 or 3,500 mAh DROID MAXX-like battery, feature wireless charging, and be an extremely durable smartphone. The same Kevlar design is on the rear, and we may even see an IP67 dust and water resistant certification similar to the Galaxy S5.

For now these are only based on rumors, leaks, and benchmarks results, and we’ll have to wait for Verizon and Motorola to confirm all the details themselves. Multiple leaks have stated the new DROID Turbo will be announced in early October, and potentially released the same month. Meaning those on Verizon Wireless will have one more choice by the end of next month.

This is good new for those who may have skipped out on the Verizon Moto X, considering it’s sold out already. Benchmarks can always be altered, so we’ll take this with a grain of salt and keep our eyes out for more details regarding the all-new upcoming Motorola DROID Turbo for Verizon Wireless.