The Moto X 2014 release date is finally here and it’s been interesting to say the least. Many early Moto X 2014 buyers seem to have gotten their confirmation emails and shipping information early this morning. Unfortunately, a number of users are reporting that they were contacted by Motorola staff and told not to expect their device today.

Just as with the reports of missing shipping information earlier this week, user on Reddit have been among the first to point out these new release date issues and changes. According to the post, many users who ordered the new Motorola X when Motorola began taking pre-orders and had an expected arrival date of September 26th, are waking up this morning to find that they still don’t have a tracking number for their phone. 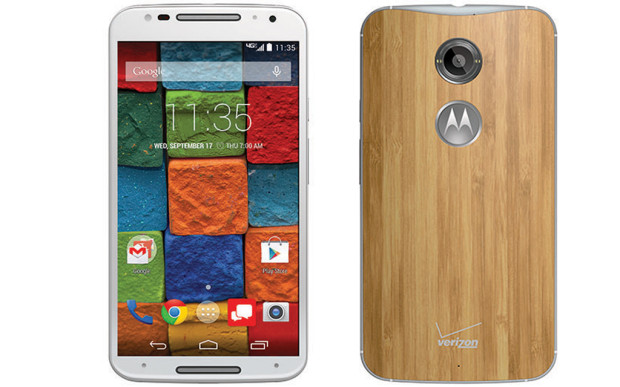 Many of those in the thread indicate that talks with Motorola’s support staff indicate that the delay is due to Motorola not having enough white front covers for the number of users who customized their Moto X 2014 with them. Other users are reporting that support staff have told them that 32GB models are in short supply and triggering delays.

User 1151am’s post in the thread highlights the problems most are having getting their Moto X 2014 on release day saying, “I haven’t heard anything from anyone either. I normally get an email from FedEx the day before or the day of the delivery and I haven’t heard anything yet.” He goes on to note that he actually pre-ordered the Moto X 2014 within a few hours of it going on sale.

These delays and issues are becoming all too common, but there is that good news too. Users who reported that they hadn’t received a shipping confirmation on Motorola’s site are reporting that they are expected to get their devices. Apparently, Motorola switched tactics and overnighted users their devices. That’s absolutely great news for those who pre-ordered the Moto X 2014 as soon as they could but didn’t have anything showing their device shipped in time to take advantage of the two-day shipping the Moto Maker website told them to expect.

Wednesday and Thursday some users reported that they’d received their Moto X 2014 via FedEx already, despite having an expected ship date of today.

Overnight the Moto X 2014 went on sale at Verizon Wireless stores across the country and online. Users who are eligible for an upgrade can head to their local Verizon Wireless store to pick up one of the basic pre-made models that include a black rear case or even a wood back. The Moto X 2014 for Verizon is $99.99 with a two-year contract. Users who want to purchase a customized version will need a code provided by Verizon so that they can order from the Moto Maker website. Users who want to purchase the device in installments can do so through Verizon’s Edge program for $24.99 a month. Once the 60% of the device is paid off they can upgrade again. The Moto X 2014 on Verizon joins the AT&T Moto X 2014 that’s been available to order for some time.

All versions of the Moto X 2014 include a 5.2-inch high-definition AMOLED display and a Snapdragon 801 processor. Both of those are serious upgrades over the original Moto X that arrived on store shelves last year. The Moto X 2014 also includes a 13 megapixel rear-facing camera that had an LED ring around it for flash photography that doesn’t ruin pictures quiet as much.