Google’s new Android 5.0 Lollipop update is slowly but surely making its way to more and more devices from the Moto X and Moto E, to the Galaxy S5 and HTC One M8, and now today we have more good news for Motorola smartphone owners.

Android L was first announced as Android 4.4 KitKat’s successor back in June during the company’s annual Google I/O developer event. Then in October Google officially unveiled the full Android 5.0 Lollipop update along with the Nexus 6, Nexus 9 tablet, and a new Nexus Player. Soon after Motorola made some announcements, and they were among the first to update smartphones too.

The Android 5.0 Lollipop update first arrived for the Moto X Pure Edition and some Moto G units, and over the past few months it’s slowly arrived for more and more users. While the original Moto X (2013) is still waiting for it to arrive, the new Moto X continues to get updates, and now Motorola’s announced it is rolling out for the Moto E and Moto Maxx. 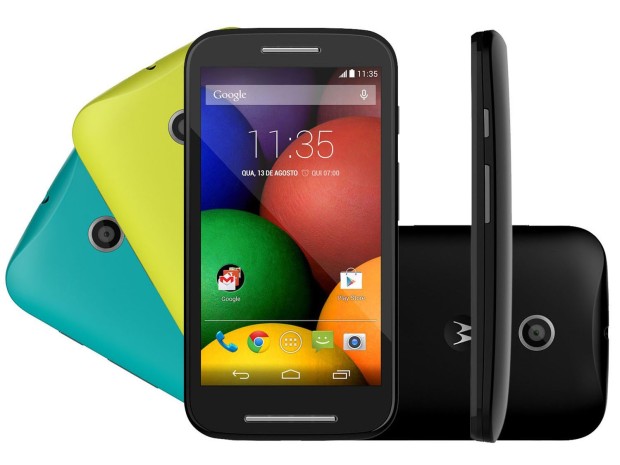 Since then we’ve seen progress for multiple devices as well as a few comments and blog posts from Motorola detailing everything owners will need to know about the Motorola Android 5.0 update. And today Motorola’s done the same thing again and announced more updates on its blog.

Motorola is currently pushing the Android 5.0 Lollipop update to the Moto E and the Moto Maxx, which is essentially the DROID Turbo for regions outside of the United States. The Moto Maxx updates are rolling out to a limited few in Brazil and Mexico, while the Moto E soak test is hitting retail devices sold in Brazil and India.

Motorola has confirmed that these updates are small and for limited users in smaller regions in an effort to make sure the rollout will go smoothly with no problems or major show-stopping bugs in the software update. Once they’re done, we can expect more updates to arrive. The Moto E is only available from a select few areas in the US, so updates likely aren’t a priority, but they should arrive sooner rather than later.

The best news here is the Moto Maxx Android 5.0 Lollipop update is rolling out, which means the Verizon DROID Turbo (same device) Android 5.0 Lollipop update should be close behind it. Verizon does some strict testing before allowing updates to go out, so DROID Turbo owners could be looking at another 3-4 week wait before it actually arrives, but that’s only a guess.

The company kicked off Lollipop late last year by launching a new updates webpage with details regarding which devices will see Android 5.0, and when. And while there aren’t actual dates, each device will be updated accordingly and the details will evolve and be refreshed once said handsets get updated.

Motorola has confirmed these devices will all receive Android 5.0 Lollipop soon, and some have already received it.

Last week more carriers in the United States started pushing out Moto X Android 5.0 Lollipop updates, and now today Motorola made the announcements for the Moto Maxx and Moto E. The update is slowly but surely making its way to more and more devices, and hopefully the original Moto X (2013) is up next.

It looks like Motorola is making slow but steady progress, but with Android 5.0.1, Android 5.0.2, and now a new Android 5.1 Lollipop all being released since the original update, the entire process hasn’t been as fast as many hoped for. We’ll update as we learn more details.