The Motorola Atrix 2 Ice Cream Sandwich release date has inched closer to becoming a reality today as a leaked version of the software has arrived at the surface.

Motorola has confirmed that the update will be rolling out sometime in Q3 which leaves Atrix 2 owners with a window stretching between July and September.

And while we still don’t know exactly when the device’s Ice Cream Sandwich update is going to be arriving, a leak is a good sign that things are progressing.

The update, according to XDA-Forums, courtesy of Phandroid, was pulled directly from Motorola’s servers. The update, it appears, still isn’t available for general consumption although devs are hard at work trying to make that possible. There should be more news in regards to its availability later on today. 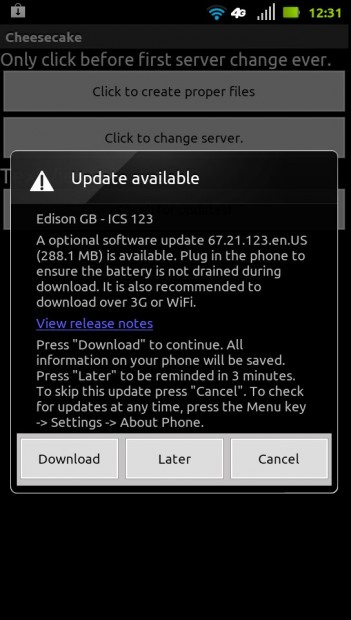 The Atrix 2 ICS update has leaked.

We still have no idea when Motorola plans to release the update for the Atrix 2 or the original Atrix, which is also scheduled to get the update in Q3, but a leak is always a good sign, a sign of progression and hopefully it means that we’ll see something official come to the surface soon.

At the very least, it’s a sign that the update is going to be coming.

In the meantime, those who are well-versed in the art of flashing will want to keep an eye on that thread to see when the update is made available for public consumption.

The Motorola Atrix HD runs on AT&T’s 4G LTE network and it can be had for a mere $49.99 on-contract.