Every day we hear about a new Android phone that raises our excitement level, but today I want to share a new phone with you that gave me as much pep as a shot of 5 hour energy — the Motorola Atrix 3.

If you took everything we loved about the RAZR MAXX and added in a faster Tegra 3 processor, a 720P HD display and a 10 megapixel camera; then put it in a curved body you’d have the Motorola Atrix 3.

We don’t have to add in a huge 3300 mAh battery like the RAZR MAXX because Motorola has already included it in Atrix 3. 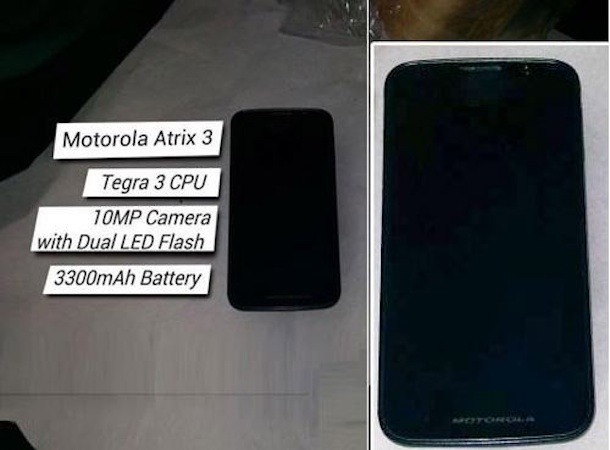 We saw up to 38 hours of battery life on the Motorola Droid RAZR MAXX, which has a similar size battery.

I would be surprised if the Atrix 3 didn’t have Android 4.0 on board, which may give us our first look at Motorola’s skinning of Android Ice Cream Sandwich.

We reviewed the  Motorola Atrix 2 last year and came away impressed with the value it offered at $99, but I would be surprised if the Nvidia Tegra 3 powered Atrix 3 came in at $99.

While there is no confirmation of carrier or 4G LTE, I expect that the Atrix 3 will hit AT&T and come equipped with 4G LTE connectivity for speedy connections.

You can see the speed of the AT&T 4G LTE network below, and read more about the experience in our hands on with AT&T 4G LTE on the Samsung Galaxy Note. The speeds are faster in New York than we saw on Verizon, though AT&T arguable has fewer devices accessing 4G at this time.