The Motorola Atrix HD Android 4.1 Jelly Bean update, which Motorola promised would be out at some point this month, is now available to install through the 4G LTE device’s settings.

Read: Which Phones Will Get Android 4.2 Jelly Bean?

AT&T confirmed today that the Motorola Atrix HD, its latest in the Atrix line of smartphones, is now the beneficiary of the Android 4.1 Jelly Bean update from Google. The Atrix HD becomes the fourth phone on AT&T to run the Android 4.1 Jelly Bean update, a list that also includes the Samsung Galaxy S3, HTC One X+ and the Samsung Galaxy Note 2. The only one of those to receive the update directly from AT&T was the Galaxy S3 which got it a few weeks ago. 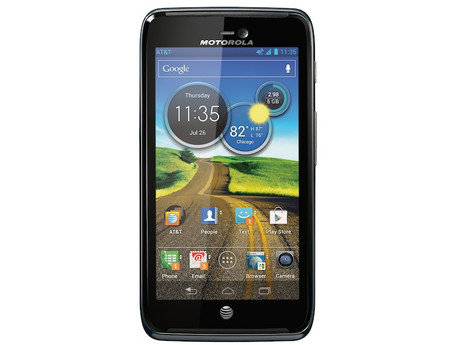 The update is going to be a fairly sizable one which means that owners are going to want to set aside some time to both download and install the software which will replace Android 4.0 Ice Cream Sandwich as the device’s operating system. The software can be found in the Atrix HD’s settings by going into the About section of the phone and then into the System updates option.

Once there, a prompt will appear and owners will then be allowed to download and install the update to their device. For others, the update may just start automatically once connected to Wi-Fi.

The update will bring a whole of new to the table for Atrix HD owners including Google Now, a new fast and smooth user interface, enhanced Notifications, improved Widgets and a better stock Browser, more Face Unlock options and more. Overall, it’s a much better operating system than the previous one and it’s one that Atrix HD owners will want to install right now.

Now, the wait begins for the Android 4.2 Jelly Bean update which AT&T and Motorola have yet to confirm though given how new the phone is, is likely to arrive at some point down the road.