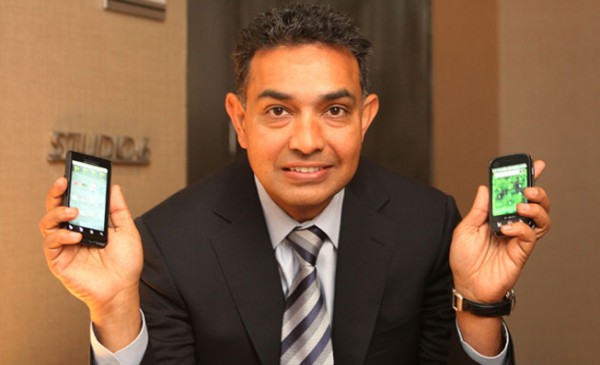 In a warning to investors, Motorola co-CEO Sanjay Jha notes that there will be a new competitive dynamic that will present itself as a disruptive force to the relationship shared between Verizon Wireless and Motorola, and that the dynamic will have an adverse impact on Motorola. The statement is prompting many in the tech industry to speculate about an iPhone heading to Verizon. Jha’s comments may indicate that an iPhone–or another competitor’s product–on the U.S. carrier would take away its market share on Verizon in the first quarter of 2011. To combat that, Jha outlines that his company would continue to build its portfolio and focus on the mid- to high-tier segment.

Previously, analysts have forecasted that an Apple iPhone on Verizon Wireless would have minimal long-term impact on other Android makers, such as Samsung, HTC, and Motorola. Analysts believe that any market share gained by the iPhone on U.S. carrier Verizon Wireless would come at a cost to switchers who have been displeased with AT&T’s iPhone exclusivity and network issues. Moreover, market share gained would be displaced by AT&T gaining more Android subscribers. Overall, however, analysts believe Motorola will be the most impacted in the short term, but the company should do well in the long-term given its strong Android presence in the U.S. market.

Additionally, at the Credit Suisse 2020 Technology Conference, Jha also says that the company will be delivering 4G smartphones and tablets to the market at the beginning of 2011. Moreover, Motorola will be differentiating its tablet offerings, which is presumed to run on Android 3.0, also known as Honeycomb, with a custom software.

On its smartphone lineup, Motorola continues to differentiate its Android phones with its MOTO BLUR user interface or the Motorola widgets on what appears to be a near-vanilla build of Android on higher end Droid offerings, such as the Motorola Droid X, Droid 2, and Droid Pro. It’s unclear if the tablets will utilize a similar widgets interface or the MOTO BLUR UI, which adds deep social networking integration among other useful and user-friendly features, or if the company will create an entirely different tablet interface.

Samsung, for its part, with the Galaxy Tab tablet had to create customized apps for programs such as Mail, Messaging, Contacts, Calendar, and Music to take advantage of the larger screen real estate on the tablet and give those apps a more productive, desktop-like user experience with dual panes. This is partially due to Samsung releasing the Galaxy Tab with the current version of Android, Android 2.2 Froyo, which Google has said before is not tablet-ready. Because of this, Android tablet makers like Lenovo, Motorola, and others are holding back on releasing a tablet product on Android at this time to wait for Android 3.0 Honeycomb, which many are saying will be built and optimized for larger screen devices.