While we had known that Android 2.3 Gingerbread would likely be coming to the newest batch of Motorola Droid 3G devices, there had been nothing official saying so. That is, until today, when Motorola confirmed on their forums that the Droid X, Droid 2, Droid 2 Global, and Droid Pro would all be getting the update. 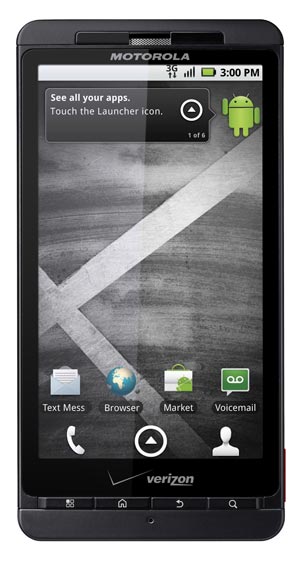 A Motorola employee, inside of a thread dealing with Active Sync issues for the Droid 2 and Droid Pro, revealed that the four devices will be getting the update and that Android 2.3 will apparently fix the issues owners have been having with Active Sync. Sadly, the employee did not offer any sort of specifics as to when we might actually see the updates arrive.

Unofficial talk though has the Droid X getting Gingerbread sometime before the end June and the Droid Pro and Droid 2’s getting their upgrade to Android 2.3 a little later during Q3.

There has been plenty of talk and controversy regarding the Motorola Droid X’s update to Gingerbread but things have been relatively silent for the Droid 2, Droid 2 Global and Droid Pro besides a leak for the Droid 2 a ways back. That being said, this should definitely be welcomed news for Droid 2, Global and Pro owners who may have been thinking the worst.