Motorola Devour named after how social networking affects your life 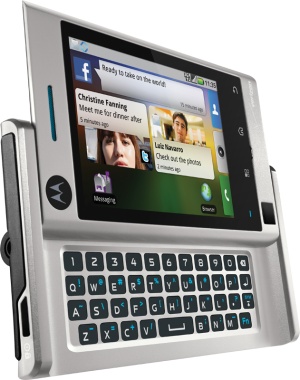 The newest Motorola smartphone on the Verizon network is official. Named DEVOUR, this 3.1″ capacitive touchscreen Android-based phone with slide-out keyboard features MOTOBLUR, a widget system that lets you manage all your contacts, emails, and social networking from one screen. That such a system is necessary is one reason I keep a tight lid on my so-net. More details in the press release.

What I find most interesting is that it doesn’t carry the Droid name. Earlier speculation was that it’d be called Droid Devour, yet there’s not one mention of Droid in the press release. So clearly Verizon isn’t tacking the Droid brand on every Android phone they sell, yet they applied it to two noticeably different phones. Possibly they’re limiting the brand to phones they specifically want to compete against the iPhone, but their main talking points pit the Devour squarely against the iPhone. Strange.