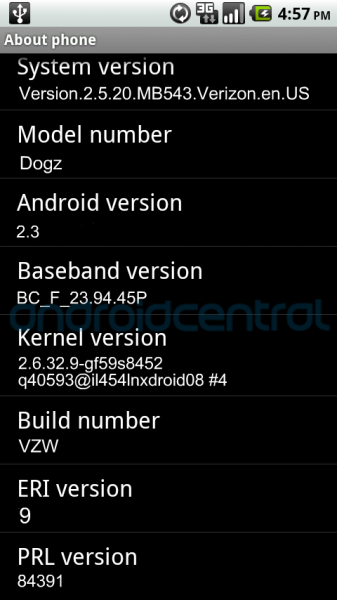 The Motorola Dogz may be a codename for an upcoming Motorola Droid device on Verizon Wireless. The device may be among the first smartphones to launch on Verizon Wireless’s 4G network and should appear early next year. Not a lot of information is known about the Motorola Dogz right now, but it appears that the phone will have a 4-inch Super LCD screen, a 1.2 GHz Texas Instruments OMAP processor, 8-megapixel rear camera with 720p HD video capture, 1.5-megapixel front camera, and support for Google’s next generation Android 2.3 operating system, also known as Gingerbread. The 4-inch Super LCD display is said to carry the same FWVGA resolution that other Motorola Droid devices have sported (Droid, Droid X, and Droid 2), giving it a 16:9 aspect ratio for video consumption.