Verizon and Motorola made the third incarnation of the original Droid official last week. And while the Motorola Droid 3 was available online, Big Red announced that the device would not be available in-stores until July 14th. Well, would you look at that? It’s July 14th and that means that the Droid 3 is now available at your local Verizon retail store. 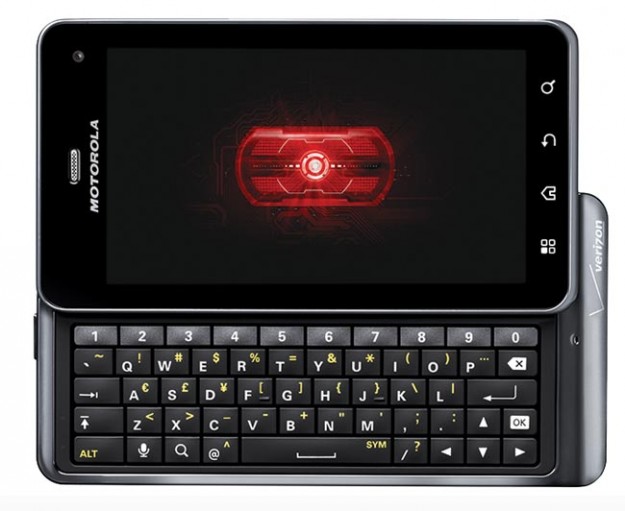 The Droid 3 is definitely a device worth looking at if you’re not sold on the benefits of 4G LTE or the beastliness of the Motorola Droid Bionic as it brings a bunch of exciting features to the table including a dual-core 1 GHz processor, five-row QWERTY keyboard, 4-inch qHD display, 8MP rear camera capable of recording 1080p quality video, and an extremely thin design.

Verizon is currently offering it for $199 or you can head over to Amazon and snag it for $150 at Amazon. Of course, you’ll need to sign your name on the dotted line binding you to a two year contract and right now, with Verizon’s 4G LTE currently at full speed ahead,  that’s probably going to be a tough thing to do.

If not, the Droid 3 awaits you.