The Motorola Droid 3 is still unofficial in the eyes of Verizon but we’re pretty sure it’s going to be on sale on July 7th online and will hit stores a week later on July 14th. And just on case you’re still skeptical that it’s landing soon, photographic evidence of its arrival at retail stores has surfaced today confirming a release is right around the corner. 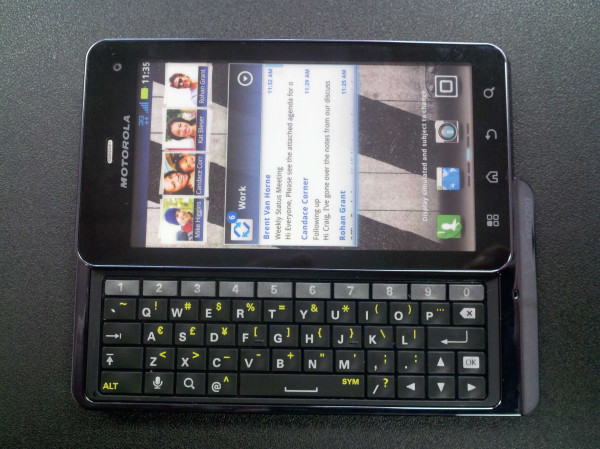 This photo, courtesy of a guy on Twitter named @BrucetTheMoose is of a dummy Droid 3 unit that arrived today. This is our first real good look at the Verizon version of the device in the wild and it’ll give you a good look at some of the new ingredients that Motorola has included in its Droid recipe including the new 5-row QWERTY keyboard, the new form factor and the qHD display.

Nothing else is revealed here but luckily, we’re only a few days out from the Droid 3’s release on Big Red so we won’t have to wait long to find out all of the official details.

Anyone going to be snagging this on Thursday instead of the upcoming Motorola Droid Bionic which now has a rumored August 4th launch date?