There have been rumors of a Motorola Droid Fighter floating around for about a month, and now there’s a fuzzy image to go along with the rumors. An image posted to Phone HK shows a new, Verizon-branded Motorola smartphone next to the current Droid RAZR.

Those missing buttons should mean that the Droid Fighter uses the same touchscreen buttons as the Samsung Galaxy Nexus, which means the phone would run Ice Cream Sandwich. 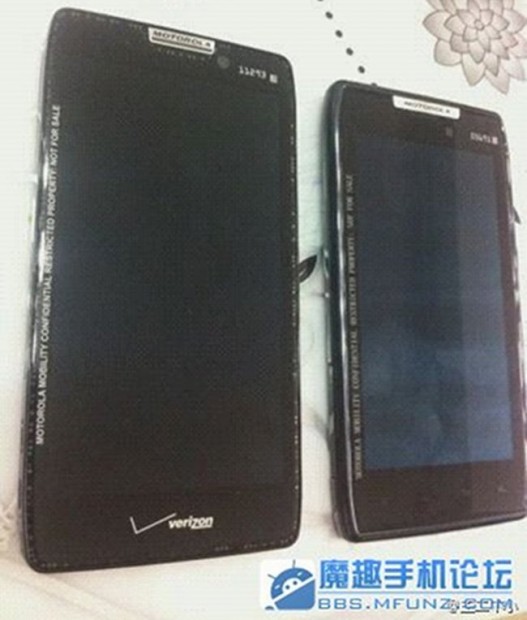 There is even talk of the Droid Fighter using a 3300mAh battery just like the one inside the Droid RAZR MAXX. That does raise the question of why Motorola didn’t just wait to make this phone instead. It would have saved both Droid RAZR and Droid RAZR MAXX buyers a lot of heartache.

With an April release date, the Droid Fighter would be the first Motorola device with Ice Cream Sandwich. It would come out long before even the Droid RAZR and Droid RAZR MAXX see the update to Android 4.0.