Motorola Droid HD Appears With 4.5" Display Next to Droid Bionic In Leaked Photos

The Motorola Droid HD has what looks to be a 4.5″ display without coming in too much bigger than the Droid Bionic. We’d expect that the display has at least a qHD resolution, possibly as high as 1280 x 720 given the name of this beauty. 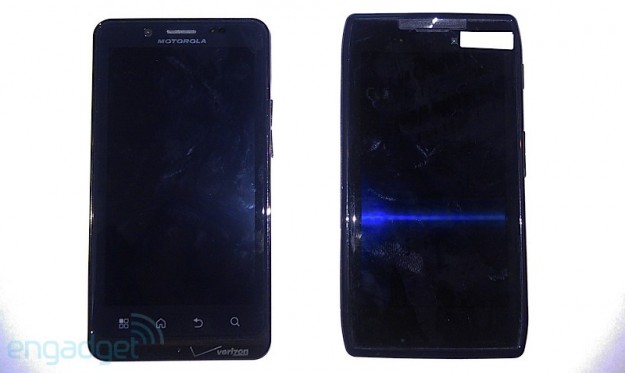 The Droid HD appears to be running Gingerbread and sporting a rear 8MP camera capable of 1080P recording options. The phone has a Micro USB charging port and Micro HDMI for mirroring to your HDTV. The left side of the Droid Bionic has a SIM and MicroSD card slot, while the right side has a volume rocker and power button.

There’s still not a lot of details about the Droid HD out in the wild, but these new images show us an incredibly thin device.

The Droid branding, if it is legit, is confined to Verizon devices, which means that the Droid HD would land on Verizon. Based on the size alone, I am tempted to believe that this isn’t a 4G smartphone, and the SIM slot is for global roaming. If it is a 4G device it would be the thinnest we’ve seen to date, and would represent some serious strides in 4G technology and battery life.

No word on when the Droid HD will arrive on store shelves, but with images out in the wild, perhaps with a real world tester, it could launch in the near future.

Check out the Motorola Droid HD next to the Droid Bionic in the shot below which shows off the thinness of the device. 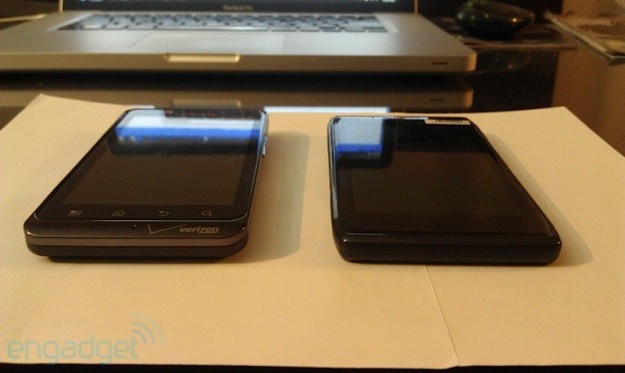