A couple of days ago, Verizon launched a new cheaper version of the Motorola Droid RAZR. The new model checks in at $199 with a new two-year contract. It also comes with 16GB of on board storage. Sorry, no microSD card included in this deal. Until today though, the only color available was black. Starting today though, the 16GB Droid RAZR now comes in both purple and white flavors.

Both the purple and white models of the Droid RAZR are exactly the same as the device that we reviewed, and loved, back in October. They just come with a price tag that’s $100 lower.

Taking the place at the $299 price point will be the Motorola Droid RAZR MAXX which still doesn’t have an official release date but is rumored to be launching on January 26th. 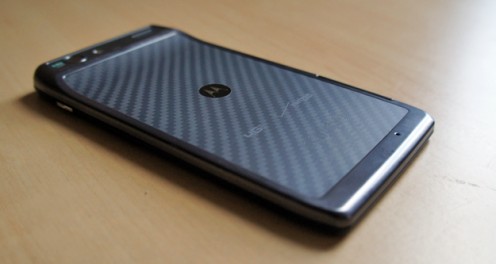 Verizon likes to announce these kinds of things at the last minute.

The Droid RAZR MAXX, if you’re unfamiliar, is going to come with a massive 3,300 mAh battery which will allow for owners 21 hours of continuous talk time. It’ll also be a tad thicker than the original Droid RAZR.

As for the specifications of the RAZR that was released today, for $199 you’ll be getting:

We should also mention that it comes with 4G LTE capabilities which means that you’ll be able to utilize data speeds that are up to 10 times faster than 3G.

If you’re interested, you’ll want to head here to take Verizon up on its offer.