The Motorola Droid RAZR MAXX HD is going to be the successor to the Droid RAZR MAXX which Motorola released to much popularity in February of 2012. Over the course of the year, the device has been one of the best selling Android phones on the market due to its thin size and its massive battery.

With the Droid RAZR MAXX HD, Motorola has put in a high-definition display along with the same massive battery and thin design. 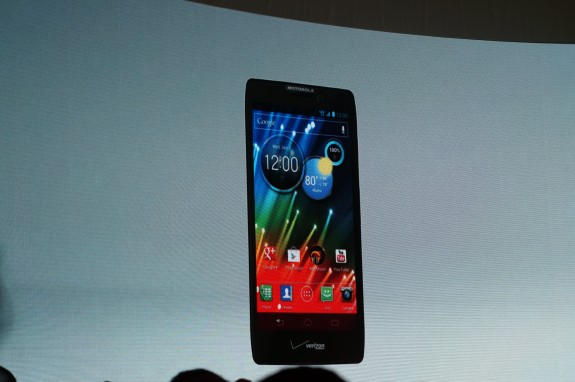 The Droid RAZR MAXX HD will be launching before the holidays.

Specifically, the Droid RAZR MAXX HD is going to come with all of the same features as the Droid RAZR HD except that it will possess a larger battery offering 21 hours of continuous talk time and come with 32GB of storage space.

Users can stream up to 27 hours of music over 4G LTE with the Droid RAZR MAXX HD.

In addition, the device will come with a 1.5 GHz dual-core processor and 1 GB RAM, an 8MP camera in the rear and a front-facing camera for video chatting.

It’ll also have a Kevlar backing for protection and Gorilla Glass to help ward off scratches and dents on the screen. As for its design, it will be a bit thicker than the Droid RAZR HD checking in with a 9.4mm frame.

It also appears that they will launch with Android 4.0 Ice Cream Sandwich and not Android 4.1 Jelly Bean. Motorola promises Jelly Bean before the end of 2012 however.

Unfortunately, Motorola and Verizon remain mum on an exact release date and pricing for the device. We expect the device to launch at the same time as the Droid RAZR HD and we’ve heard October or November for it. Motorola says before the holidays.