Motorola Droid X owners may have thought that Verizon had forgotten about them. Not the case at all. Today, the carrier has begun rolling out a massive bug fix update for its aging 3G smartphone that will be bring a number of fixes and enhancements along with it. Exciting stuff, especially when you consider the fact that the Droid X came out in July of 2010.

Of course, Droid X owners would have loved for this to be the Android 4.0 Ice Cream Sandwich that may or may not end up rolling out but hey, at this point, you have to take what you can get.

So, with that, let’s run down what Verizon has in-store for Droid X owners. 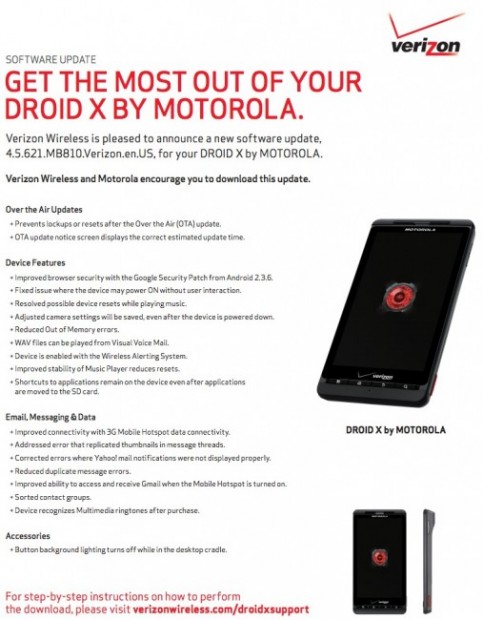 Over the Air Updates

Not too shabby, right?

The big things here are obviously the improved 3G mobile hotspot connectivity – it has never been the greatest so hopefully this changes that, the improved stability of the Music player, and the resolution of a number of other things that should have been fixed a long time ago.

For those still rocking the original, you’ll want to head to your Settings to see if the update is available. If it’s not, do not panic. Just remain calm and the software should arrive on your phone shortly.