Last week Google shocked the mobile industry by selling off their recently acquired Motorola Mobility smartphone division to Lenovo for $2.91 Billion, but that won’t stop Motorola from releasing the Moto X2, and possibly some upcoming tablets.

The annual Mobile World Congress Trade show is set to take place at the end of February in Barcelona, Spain, which is where we’re expecting to see announcements of the Galaxy S5, possibly the HTC M8, and now maybe even something from Motorola. Today the company issued press invites for a media event on February 25th in Spain, but didn’t reveal much aside from teasing something is hiding behind a sheet in the invite. Could a tablet be coming? 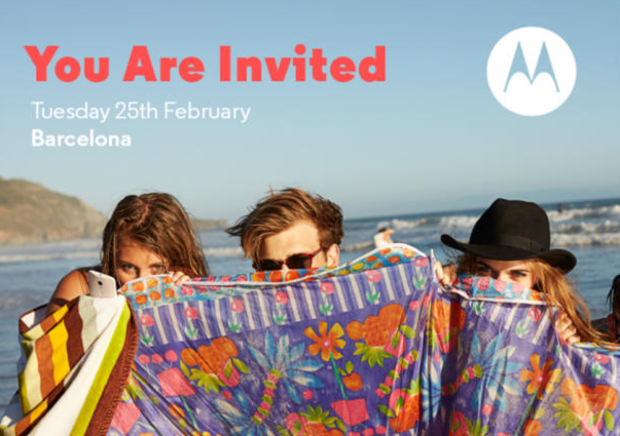 Multiple sources are claiming we won’t see any new hardware from the media event, and instead Motorola will address the world regarding the buyout by Lenovo. However, there’s still a strong possibility that Motorola has something in the works, even if it isn’t something major.

There’s been no leaks or reports of an upcoming Motorola smartphone or tablet, but the company’s CEO has teased the idea of Moto X Tablets coming to Moto Maker full of customization options in the past. Something that would follow along the lines of the popular and impressive Moto X available in 18 different colors, custom trim, and even made of wood.

So far there’s been zero reports of an upcoming tablet, aside from the fact that original Moto X leaks last year called it the X Phone, which would be followed by an X Tablet. If the company was planning to release a tablet, Mobile World Congress would be a perfect stage to do so.

Again, we’re hearing the February 25th Motorola event will be to share an “update on the business” rather than to highlight and announce new products. With that being said, the image provided in the invite does seem to be teasing something new hiding behind the sheets, so we’ll have to wait and see what Motorola has in store.