The Motorola H19txt isn’t cheap at $80, but it includes extras like HD audio, NFC pairing and an app for Android phones that offers easier texting without touching the phone. While the app and NFC pairing only work with select Android devices, the headset works well with the iPhone 5, and works with Siri.

The headset can connect to multiple devices at once, allowing users to stay connected to a phone and a tablet or a phone and a computer. 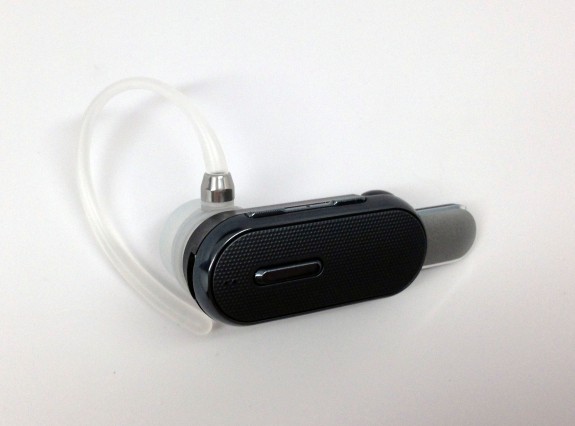 The Motorola H19txt is a small Bluetooth headset, and when not in use it is smaller thanks to a small boom that folds up to turn the headset off. To use the headset, open the boom and it connects to mobile devices quickly. The boom helps channel sound to one of the microphones.  by closing the boom, thus turning the headset off, it’s easier to make the battery last a long time, and it prevents pocket dials.

Users can pick from a variety of wear styles to find the most comfortable fit, from an in-ear style, to a hook or in-ear with a hook. 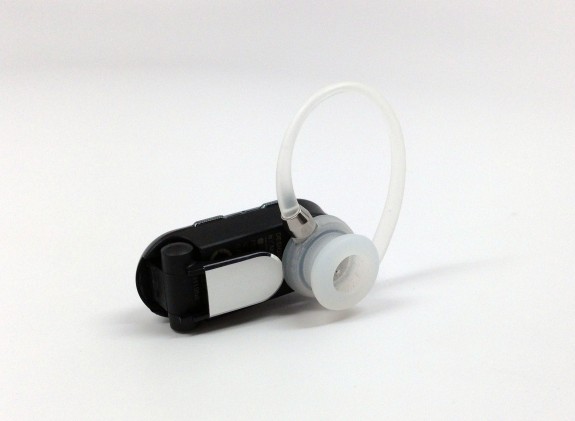 The Motorola H19txt claims a 300 foot range, and it is certainly a long range headset although audio cut off before 300 feet when corners and thick walls are involved. In testing the H19txt continued to stream audio at a distance of 123 feet from an iPhone 5, dropping off around a corner. This is long enough to handle the largest of offices, and to stay connected while working in the yard, with a phone on a table nearby. The range drops when walls get in the way, but remains strong enough to span several rooms in a typical house.

Call quality on the Motorola H19txt is good, with clear audio on both ends of the call. The dual microphones and noise cancellation helps cut out background noise, but won’t eliminate it. For listening to audiobooks and music the headset is good, though there is no ability to pause or play music or audiobooks. 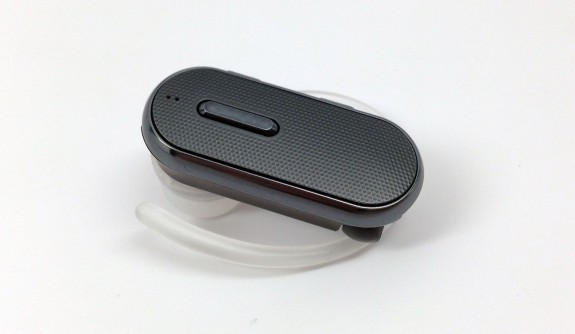 The small size makes it easy to carry the H19txt in a pocket.

The headset comes with a free companion app for Android smartphones that will read text messages as well as allow users to make calls and send texts with their voice. The MotoSpeak app automatically launches when a text comes in, and reads it over the Buetooth headset. Users can then reply by speaking, much like iPhone users do with Siri. The app is a nice bridge for Android phones that don’t offer as nice a set of voice controls.

The battery lasts a long time, especially when users flip the boom closed to turn the headset off while not in use. Motorola claims 9 hours of battery life, which is in the ballpark. With an hour or two of calling per day, and turning the headset off with a flip between calls, the Motorola H19txt will last about a week for an average user. 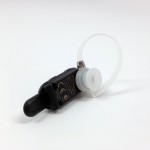 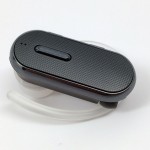 The small size makes it easy to carry the H19txt in a pocket. 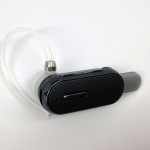