Today at their press event in New York City, Sprint and Motorola announced the Motorola Photon 4G which is a dual-core smartphone with international GSM capabilities. 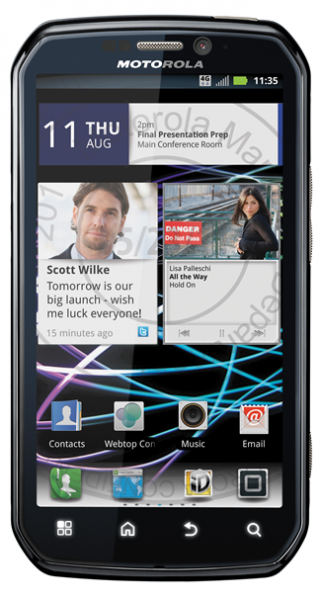 We had expected the companies to launch Motorola’s first 4G phone with Sprint and sure enough, Sprint’s Dan Hesse and Motorola’s Sanjay Jha took the stage and unveiled it. to the world. Here is the spec sheet for Motorola’s 4G device:

Highlights are obviously the Tegra 2 dual-core processor and the 1GB of RAM and it’s also going to be a worldphone like we said before which makes an incredibly attractive device for those that want a speedy phone and one that will work around the world.

Unfortunately, like most of these announcements, Sprint and Motorola didn’t say how much the Photon 4G would cost when it arrived or, worse yet, when it would arrive. They only said that it would be out sometime this summer.