When Motorola and Sprint first announced the Motorola Photon 4G back in June, they neglected to give us a firm release date opting to throw out the old summer release window instead. And while we still don’t have the specific launch date, some evidence has surfaced today that indicates that the Photon 4G has moved closer to its unannounced launch date. 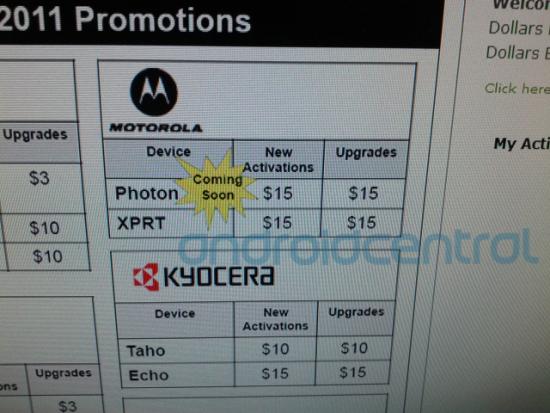 As you can see in this internal screenshot, the Photon 4G has been moved from “this summer” to “coming soon.” We know that coming soon in carrier/manufacturer speak doesn’t mean the same thing as if spoken by a normal human so it’s possible that coming soon could mean a day, a week, a couple of weeks, or hey, even a month or more. Who knows. But what it does mean is that the WiMax world phone is closer to launch than it was yesterday.

That’s exciting stuff, especially if you took my advice and waited to check out the Photon 4G before buying the HTC EVO 3D, Sprint’s other flagship WiMax phone.

Now, it’s unfortunate that there still isn’t a confirmed release date for the Photon 4G but now that this has surfaced, I think that an announcement will be popping up sooner rather than later.