Sprint’s 4G LTE lineup got a major boost when the carrier announced the Motorola Photon Q back in July. However, the carrier neglected to provide a release date leaving those interested in the QWERTY slider wondering when it would arrive. Well, it looks like that day might be August 19th according to a new rumor.

PhoneDog has it on good authority that the Motorola Photon Q will be hitting Sprint’s new 4G LTE network on August 19th. This makes sense considering Sprint employees reportedly started training for the new device yesterday.

Unfortunately, a potential price for the Motorola Photon Q remains unknown though we don’t expect it to be any more expensive than the $199.99 asking price for the Samsung Galaxy S III. 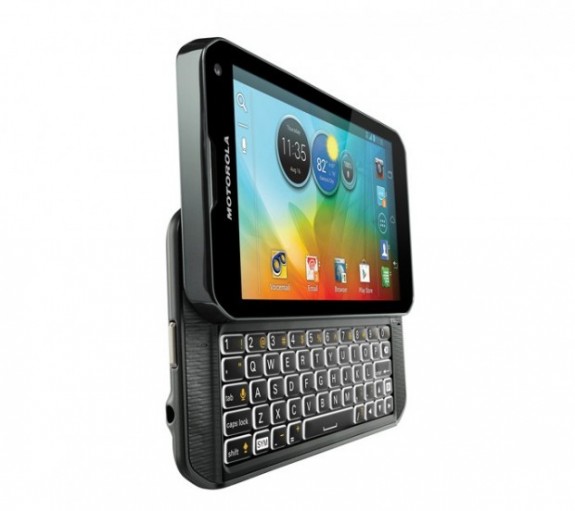 The Motorola Photon Q could hit Sprint on August 19th.

Motorola and Sprint have yet to announce anything but August 19th looks as good as any other day this month so it’s a date that potential customers should circle on the calendar.

It will bring some nice features to the table including a backlit 5-row physical QWERTY keyboard that should appeal to those that just haven’t taken a liking to virtual keyboards for things like texting and writing email.

In addition to the 4G LTE speeds and the physical keyboard, the device will feature Android 4.0 Ice Cream Sandwich, a 4.3-inch ColorBoost display – the same type of display found on the Motorola Atrix HD, a 1.5GHz dual-core processor, a rear 8 mega-pixel camera with 1080p video support, an HD front-facing camera, and support for NFC.

It will also be the first device to arrive with an unlockable bootloader. Motorola says that it will start unlocking bootloaders, which allows owners to full customize their smartphone, starting with the Photon Q.

It has not yet announced what other devices, if any, will come with one.

It’s certainly a device worth considering if the price is right.

Sprint’s 4G LTE network, the network on which the Photon Q will reside, is still in its infancy though and is not available in many regions around the United States.

Thus far, Sprint has only launched 4G LTE connectivity in 15 cities. Sprint though plans to launch 4G LTE service in at least four new cities by September 3rd. It will likely add more cities to the mix as time goes on.