The news comes from Android Central and it would appear that owners of the Motorola RAZR and RAZR MAXX are now, after nearly two weeks of waiting, seeing the update become available.

Nearly two weeks ago, the updates started to roll out to a select group of device owners for a soak test. The soak test has finally ended and the software has now started hitting the devices of common folk. 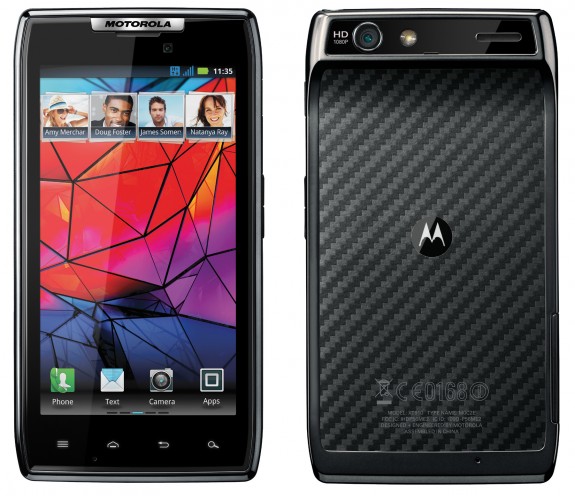 The GSM RAZR and RAZR MAXX models are getting ICS now.

The updates, like their counterparts for the Droid RAZR and Droid RAZR MAXX in the U.S., bring along all of the goodness of Android 4.0 Ice Cream Sandwich. That means that the devices will get the new UI, Face Unlock, the improved browser, the updated Gmail application and more.

We assume that the software comes with bug fixes and enhancements for both devices that will help to shore up any problems users were having in Gingerbread.

Now it’s our hope that the updates don’t bring along the same bugs that were found in the Verizon versions of the update.

The Verizon models, the Droid RAZR and Droid RAZR MAXX, both received a number of bugs courtesy of their Ice Cream Sandwich updates. It’s possible that the GSM models will be immune to those bugs but since the software only just started rolling out to the masses, it’s impossible to tell.

The updates themselves are well over 300MB in size so those who see the update will want to be patient when the prompt to download and install finally arrives.

Once the software is installed, Gingerbread will make way for Ice Cream Sandwich and if all goes well, the devices will be much improved over their previous incarnation.