While owners of the Verizon Wireless Droid RAZR and Droid RAZR Maxx are still awaiting an Android 4.0 Ice Cream Sandwich software update, Motorola is launching a new RAZR variant for the Chinese market in the form of the RAZR V XT889 with Ice Cream Sandwich out of the box. While the design and specs are similar to the U.S. Droid-branded variants, there are some noticeable differences with the Chinese model. 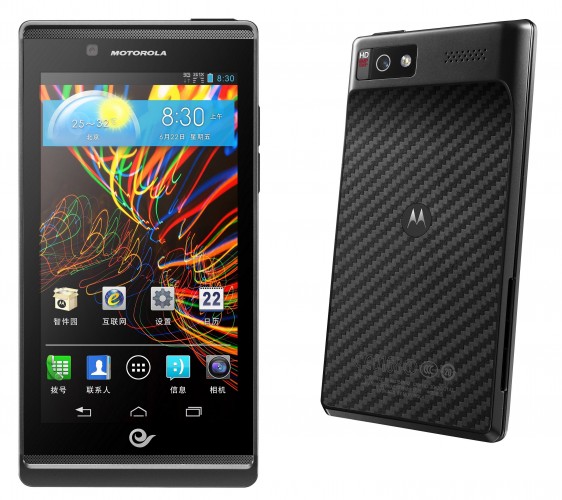 First, the 4.3-inch display is all display with no capacitive touchscreen Android navigation keys below the screen. Rather, the Android keys are now moved inside the display inside and follows Google’s Galaxy Nexus implementation. Additionally, it looks like the device has grills for the speakers on the top and bottom of the device on the front side, and this design aesthetics is similar to what Samsung made in concession with Apple over some patent issues over design on the Galaxy Tab 10.1N, Galaxy Tab 2 7.0, and the newer Galaxy Player units. It’s unclear if Motorola is preemptively skirting an Apple battle here with this design.

The device, according to SlashGear, will launch on Chinese career China Telecom on June 15.

With this RAZR variant launching with Ice Cream Sandwich, hopefully updates will start coming to the RAZR, RAZR Maxx, and Droid 4 in the U.S. Additionally, Motorola is anticipated to launch the Droid RAZR HD for Verizon Wireless with new and updated specs as well.