Motorola has updated its timelines for some of its planned Android 4.1 Jelly Bean updates and the lucky benefactors of the new information are the Motorola Atrix HD, Motorola Xoom LTE, Motorola Electrify M as well as several Canadian devices including the Motorola RAZR HD. 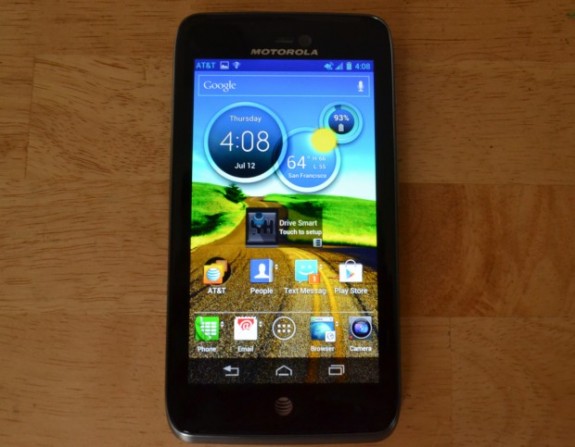 The Atrix HD Jelly Bean update will roll out this month.

As for the Xoom LTE and the Electrify M, their Android 4.1 Jelly Bean updates will begin at some point during the first quarter of 2013. The first quarter consists of January, February and March so it could be more than three months before owners of these devices see the update. Owners of the Droid RAZR HD and Atrix HD in Canada will see their Android 4.1 Jelly Bean updates roll out at some point in Q1 as well.

No specific release month was given for any of the devices.

No other big name devices on the list were updated which means that owners of the Droid 4, Droid Bionic and Photon Q will just have to wait longer for potential roll out windows for Jelly Bean.

At this point, at least for Droid Bionic owners, the fact that the update is still a possibility should be a good feeling.

Android 4.1 brings quite a few new features to the table including improved Notifications, updated suite of Google applications, better Browser and Calendar, and a smoother, faster UI and more.