By now you’ve probably heard that Motorola CEO Sanjay Jha announced that the Motorola Droid Bionic will be launching in September. That would be fine, if Motorola hadn’t announced the phone all the way back in January of this year. It’s quite clear that Motorola has not figured out 4G LTE. The company launched a tablet called the Motorola Xoom back in February and quickly promised 4G LTE support. We now know that the Xoom won’t be getting 4G LTE until September. And now, during the same earnings call where the company announced the Droid Bionic release date, Jha has promised even more 4G LTE devices for 2011 in the form of a phone and two LTE enabled tablet devices. Neither of those tablets is the original Xoom I might add. 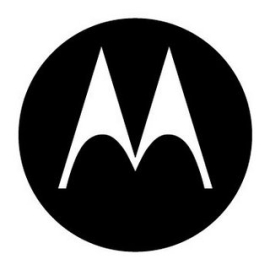 Quite frankly, at this point, I could care less about the devices. One will probably be the Motorola Xoom 2. The phone could be the Dinara or the follow-up to the Motorola Atrix but honestly, who cares? Motorola still hasn’t even released its first 4G LTE products! Why on earth would I care about the rest of your lineup until you can prove that you have mastered 4G LTE?

It’s absurdly mind boggling. Honestly, my head hurts writing this. I love Motorola hardware, I really do. But I am sick and tired of hearing a ton of talk but seeing no action to back it up. As I’ve said, Motorola had the ability to put out the first 4G LTE tablet ever. It failed. It also has the ability to put out the first dual-core 4G LTE smartphone in the Droid Bionic and it’s now possible that they’ll fail to do that as well.

Instead of focusing on these products during an earnings call, to soothe investors and consumers alike, we hear about three more devices that are in the pipeline for 2011. Well, Sanjay, hate to break it to you but the glory days of the original Droid are over and I have a feeling some people are going to be buying a little device called the iPhone 5 in September and a device called the Galaxy S II in August. And those who want a 4G LTE tablet can waltz down to their local Verizon store, right now, and pick up a Samsung Galaxy Tab 10.1.

That being said, until Motorola figures out how to follow up all of its talk, its going to be eating the dust of its competitors for the foreseeable future.