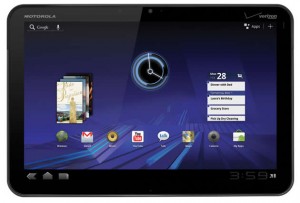 Want to hack and root your Motorola Xoom Android 3.0 Honeycomb tablet? Think again as rooting the device can result in Motorola denying you of a valuable upgrade to 4G LTE.

The Motorola Xoom is currently launched with support for Verizon Wireless’s 3G CDMA/EV-DO network. The carrier and Motorola have both promised a free hardware upgrade to ensure that the device will work on Verizon’s 4G LTE network, which offers speeds up to ten times faster than 3G speeds, which will help for video chatting, and consuming HD video content on the tablet’s large screen.

However, according to the Motorola support forums, rooting your device will make your device ineligible for the 4G LTE upgrade as the native Android 3.0 Honeycomb OS installation is required to ensure that the 4G radio works properly, according to Motorola staff.

While the U.S. government has legalized the process of rooting or jailbreaking on a mobile device under the Digital Millennium Copyright Act, the law does not require manufacturers and carriers to make it easy for users to root their device. The process of rooting, as it is referred to for Android devices, is a hack that opens up the device to additional functions, features, and capabilities beyond those shipped on the device and envisioned by the device’s makers. Rooting is similar to jailbreaking on iOS devices and gives users more control of their devices, but may also expose their devices to vulnerabilities and security risks.

For now, before you consider rooting your Xoom, perhaps you should wait a few months. Motorola is promising that an upgrade to 4G LTE for the Motorola tablet will be coming in the second quarter of the year.

The upgrade to 4G LTE will be free to users as the costs have been calculated into the price of the tablet. However, the upgrade process will be complicated as it requires users to ship in their devices to Motorola and there may be a turn-around time of up to six days. The process includes Motorola swapping out the 3G radio for a 4G LTE radio.