Engadget has discovered a mystery Motorola tablet that has just passed through the FCC. The device is definitely part of the Xoom family and it’s definitely a tablet but other than those details, things are a bit murky. Is this the Motorola Xoom 2? Is it a refreshed version of the original Xoom? It’s hard to tell. However, its FCC ID ends in 56MJ3 which means that it’s some sort of flagship device, whatever it is.

The filing doesn’t mention anything 4G LTE related but that doesn’t mean that it’s not on board. It does mention that it has Wi-Fi and Bluetooth connectivity though. It also mentions a few other things. 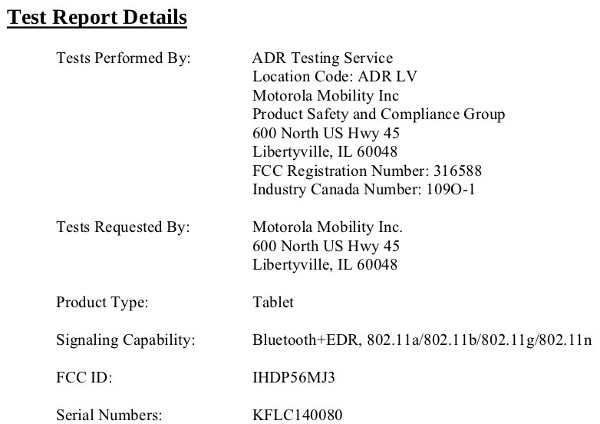 Sounds pretty good to us.

As for an official announcement, look for that to happen in the weeks ahead, just in time for the holiday shopping season.