According to DigiTimes, Motorola will be shipping two new Motorola Xoom’s in Q4 of this year. The device that will be shipping in November is going to be a 8.2-inch Xoom (the report states 7-inches but that’s likely wrong) while the larger 10.1 model shipping a month later in December. We got our first real glimpse at both device’s on Monday.

Both tablets are much thinner than the original Motorola Xoom and figure to measure in a 9.3mm in thickness which is just a little bit thicker than the form factor on Apple’s iPhone 4 smartphone. 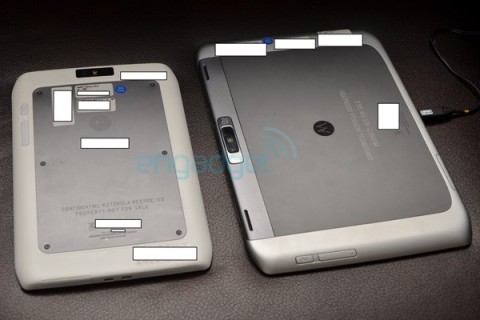 They are both are expected to be 4G LTE compatible tablets but it’s unclear if they are headed to Verizon, AT&T or both.

If you recall, Motorola CEO Sanjay Jha stated that Motorola would be putting out two new 4G LTE tablets before the end of 2011 so November and December seem to be pretty safe bets, especially since they sit right in the middle of the holiday shopping season.