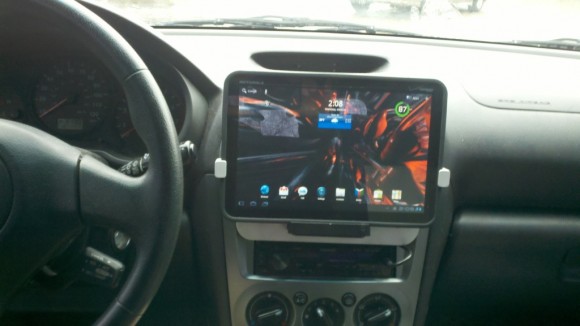 Feeling left out of the party now that we had reported earlier that Sound Man Car Audio had created a custom car mount for the iPad 2 for the Ford F150, which looks like the tablet was a stock option for the truck? Well, one Motorola Xoom owner decided to create his own custom dash mount solution for his Android 3.0 tablet, which uses the home dock from Motorola and a custom aluminum aluminum back plate with rail arms to secure the Xoom into place. The custom job is showcased on the owner’s Saab car. 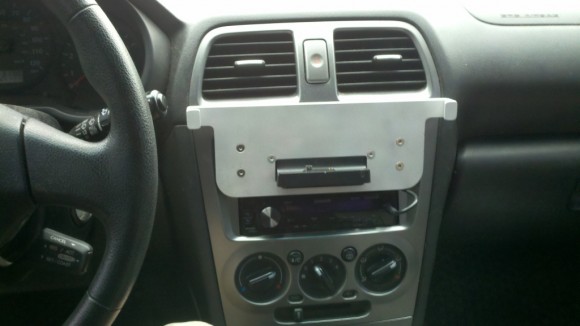