Last year Microsoft released the My Xbox Live app for iOS which let iPhone and iPad users view their Xbox Live friends, messages, and content from their phone or tablet of choice.

Today the iPhone app gets a major update and Android users finally get a version of the app.

The new My Xbox Live for iPhone finally brings the iPhone app to feature parity with the Windows Phone version. Now iPhone users can use the app to control their Xbox 360 consoles using a simple touch interface. The app also lets users launch games or apps on the 360 from the app on their phone without having to wade through tons of menus on the Xbox 360.

Unfortunately the iPhone app still can’t turn on the Xbox 360, so users still need to use a controller to do so. After it’s on, however, users don’t need to user the controller again until they launch a game. 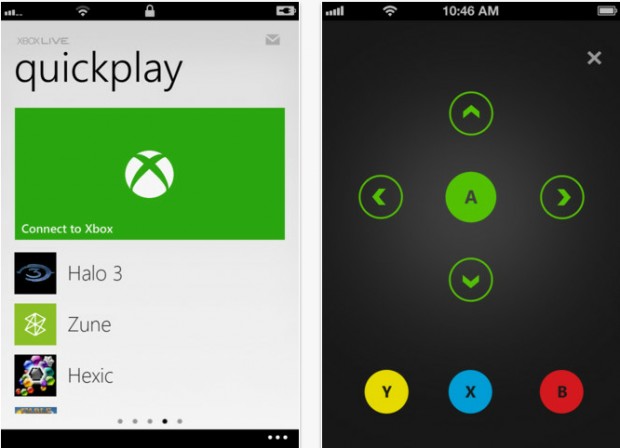 When not connected to the Xbox, the iOS app can still view Xbox Live stats, find friends online, check messages, make avatar changes, and watch featured trailers. We wish the app would let us buy games on Xbox Live, but given Microsoft’s commitment to Microsoft Points so far that seems difficult to manage. Maybe it’ll be possible once the company switches to real money transactions.

The iOS app update also brings Retina Display graphics to the iPad version, though it still can’t control the Xbox 360 like the iPhone or Windows Phone app.

The new Android app is just like the older iPhone version, or the current iPhone app when not connected to an Xbox 360. The app will hopefully be able to control the Xbox 360 someday, but we don’t know when that will be.

Note that these app updates aren’t part of Xbox SmartGlass, but they are a step closer to the service. We still don’t know when SmartGlass will be available, though we expect Microsoft will bring it to both iOS and Android in addition to Windows 8 and Windows Phone 8.