Need for Speed: No Limits: Tips & Tricks Without Using Money

This guide will go over a few useful tips and tricks to get the most out of Need for Speed: No Limits, without spending your hard-earned real money. The hit mobile game is without a doubt the ultimate street racing experience in terms of mobile games. It has some of the best graphics of any Android or iOS game, millions of players, and more customization than most. However, it’s hard to play and full of in-app purchases.

Need for Speed: No Limits has been touted as one of the best Android and iOS games of 2015, and the graphics and gameplay certainly prove it’s worthy of the title. The problem though, is that there are five different in-game currencies, tons of timers getting in the way of enjoying the fast-paced pavement, and enough in-app purchases that almost everyone will end up spending a few dollars to truly enjoy it.

There are countless hacks all over Facebook and YouTube, but many of those will get you banned, and racers will lose everything. Instead, follow a few of our quick steps, tips, and suggestions to get at least three cars, start collecting more, or savings tickets and crates along the way. Use all of this to get as many blueprints as possible to unlock more cars and fully enjoy Need for Speed.

There is a lot more to Need for Speed: No Limits than just earning money and reputation. And while those are important, learning to pace yourself, master drifting around corners, drafting off other cars, and using your boost out of corners is just as important. Leveling up is also something to keep an eye on, which we’ll explain below. You’ll have to master all of this if you want to win races, save money, and unlock more parts to make the fastest car on the road.

This game is full of in-app purchases. It’s free to play, but eventually the timer will run out and racers will spend more time waiting than actually playing. Unless you spend gold, or one of the other in-game currencies to play. That’s the worst thing you can do. Occasionally gamers will need to set their phone or tablet down, let the timer reset, then get back to racing. Don’t spend gold or cash on the timer, or on fuel if you can help it.

At first the most important thing is take the two free cars given, start winning races, save money, crates and tickets, and work towards a 3rd and even a 4th car. The reason for this is quantity is better than quality, in the beginning. Later on you’ll want to build the fastest car on the street, but in the beginning the more cars available, the more races are open. Which allows for more practice, retries, and earning the important stuff. At first you want cars, but don’t upgrade them all. They’ll unlock more races and eventually you’ll have plenty to do, and enough gold, blueprints, or cash to get a real street-worthy car.

Racers will quickly do the opposite of the title, and run into limits. Lots of them. You’ll be out of time, won’t have any cash or gold, or won’t have enough cars and new tracks to race in order to earn what you need. That’s what the developers want, and you’ll spend real money.

Instead, get as many average cars as possible, and learn to race with the best of them. Compete in as many special events as possible (without spending too much money) as winners are often rewarded a car. With that, more races open up, which gives us more to do and more ways to earn cash and reputation. It’s all about having as many options as possible at first, not hitting the boost on purchases and making the fastest car around.

Of course this is a racing game, so you’ll want to learn how to race. This isn’t a simulator, it’s an arcade-style racing game. Which means the crazier you are, the better. Almost hit other cars, get huge air, use boost coming out of corners, and drift or drive like a mad-man that just stole a car. You’ll earn more this way.

Everyone will play different, but if you don’t want to spend real money you’ll want to learn the basics right out of the gate. Get really good at drifting around corners, drafting off other cars (airflow is reduced) to go faster, and use the boost (by swiping up) right out of corners after a drift. You might also want to save the boost for straight lines, but there aren’t too many. So drift through corners, drive crazy, get “near-misses” often by barely missing other cars and get some air. This will all increase your reputation, boost meter, earn cash and other things. In the beginning it’s all about learning how to race, and race recklessly while still winning. Many don’t know you can drift in No Limits, but master it to earn more cash per race. Swipe down near corners to drift and slide at top speeds.

Use those boosts to even out the backend and gain control after drifting around corners, and get as much speed as possible. Master this and then start replaying levels. Replay early levels as often as possible. In the end all those replays and learning will get you more reputation, and more importantly, extra cash. Save this for another car or blueprints, like mention above, as this will unlock more options and race tracks. Don’t get stuck with two fast cars, or you’ll end up spending real money way too often.

Need for Speed is free, but you’ll be limited with timers, fuel and other things real quick. You’ll need to know how to handle all of it wisely, to make the most of it. There are actually five different in-game currencies, all of which you’ll want to save as much of as possible, and spend the bare minimum at first.

Cash and Gold can be earned by leveling up, winning races, and driving like a mad-man out for revenge. Using Cash only for parts means I have a few hundred thousand left when I need it, rather than spending carelessly and end up needing gold later. If you do spend cash on crates, see what it offers first, and make sure it will benefit you and your cars. Clicking any car or crate in the dock will show all it has to offer, so be strategic, and take your time.

Use gold to expand your spare parts storage garage or flipping over cards to find blueprints and special parts for your ride. Never spend it on timers. Play a different game, or race when you know you’ll level up, which instantly gives you a full tank of fuel and resets timers.

If you don’t want to spend real money to play, or sit around waiting for timers, pay a lot of attention to leveling up. Each time you level up the fuel timer goes to full. So don’t do this near the end of a playing session, as it will be wasted.

Strategically claim rep, replay old races, and save those big new races for when you’re almost out of time and almost ready to level up. Then race, drive crazy, level up, and get a full bar of fuel. Always keep an eye on the little level-up circle, as this will save you from spending money more than you know.

There are a few other things I’ve noticed after a while playing, that everyone should be aware of. For one, race in tournaments when you’re stuck or out of time. It uses tickets, rather than the fuel timer, and it recharges at a different rate. Do a tournament or two, then come back and you’ll have a reset timer, or even level-up and fill the fuel bar back up.

Spend tickets on tournaments often, even if you aren’t going to win. Tournaments award prizes even when you lose. Like cars, which will unlock more series or tracks, giving racers more to do instead of being stuck and tempted to spend real money. 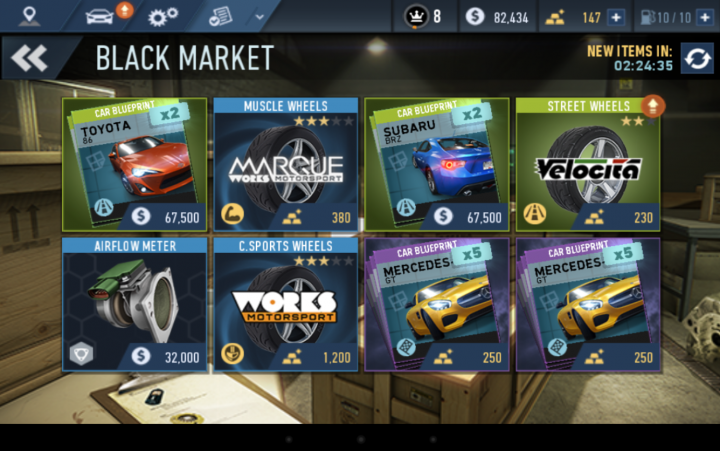 And finally, use the “Easy Drive” switch at the top. This essentially lets Need for Speed play itself. When you’re home on the couch or need to take an actual break, let it play for you and earn some cash. You’ll probably lose a few races, but you might win some too. For those who are stuck and don’t know what to do next, do tournaments or focus solely on blueprints. Earning blueprints will unlock more stuff, more parts, and even more cars. You’ll want to open the game at least once a day and collect or open the free crates as often as possible. 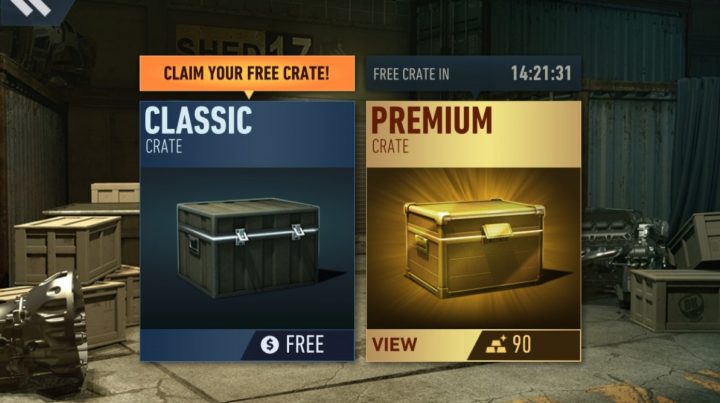 The game is heavily based around users spending money, and running into limits. It’s the opposite of the title, but if you play smart, drive fast, and use the Black Market efficiently you’ll eventually get to the top. It’s a grind, and can be frustrating at times, but the thrill of winning, customizing your rides, and amazing graphics makes it all worth it. At least according to some. If you have any tips to get the most of Need for Speed: No Limits, drop them in the comments below.