After the big news that NEST, the smart thermostat maker, was being acquired by Google, Internet dwellers looked at the over $3 billion dollar price tag and immediately begin discussing the potential of what Google would do with the data that NEST products would provide. To say this illustrates the skeptical age about privacy we live is not an understatement. NEST CEO Tony Fadell and Google said that NEST would retain the any data and only use it to improve products. Most of the skeptics still weren’t buying in. 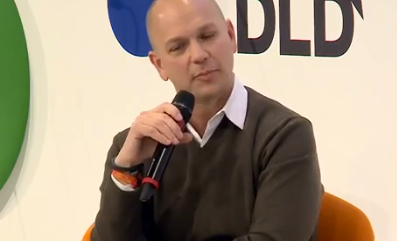 This weekend at the DLD Conference in Munich, Germany, Fadell expanded a bit on the privacy concerns. Fadell says that the data tracking will be “opt-in” and that if changes are to be made the company would be very transparent about saying so. He also said that he would not rule out giving that data to a third party.

Fadell also talked loosely about how NEST and Google came together to form this partnership.

The amount of things that I learned from them, personally, in the same meetings that they learned from me, personally…the two way interchange of what was for me intellectual happiness and the stimulation of being able to go back and forth, and really create a new world together – and in a different way than either of us had imagined – that was personally exciting to me.

In the video of the conference talk you can certainly see that Fadell is passionate about what he is attempting to do with NEST. You can also tell that there are enough caveats and qualifications (“at this point”) to keep a certain level of skepticism running.