It has been a fairly long wait for those of you with an Android Honeycomb tablet hoping to get your Netflix on but the day has finally arrived as Netflix has announced that its app has been updated to include tablets running Android 3.x.

In addition, the app is now finally available to those of you who live in Latin America and in Canada and are using Android.

So, if you haven’t used the Netflix application before and you own an Android device in Canada or Latin America or an Android tablet in the United States, you can find the application for download here. 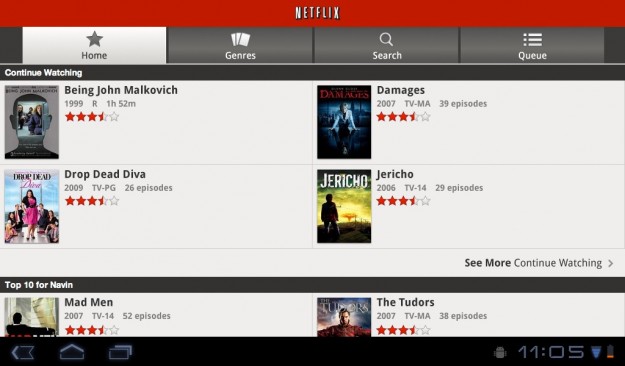 This is pretty clutch for those of you who bought an Android tablet all the way back in February, yeah I’m talking about the Xoom, and just got 4G LTE support.

Tonight should be a late night for those of you with a Xoom or a Galaxy Tab 10.1 on Verizon.