Today American Airlines debuted its company-wide refresh and part of that refresh will help travelers stay connected on their smartphones, tablets and laptops during flights.

On all domestic flights American Airlines will now offer inflight Wi-Fi as well as power outlets to charge devices, which is especially useful for long cross-country flights. The airline will also offer Wi-Fi and power in select international flights starting this year.

The airline didn’t mention any specifics about Wi-Fi, but travelers will have to pay either per flight or per hour to use the Internet on any device they carry with them.

American Airlines will also give devices to its flight attendants, pilots and airport agents to increase efficiency. 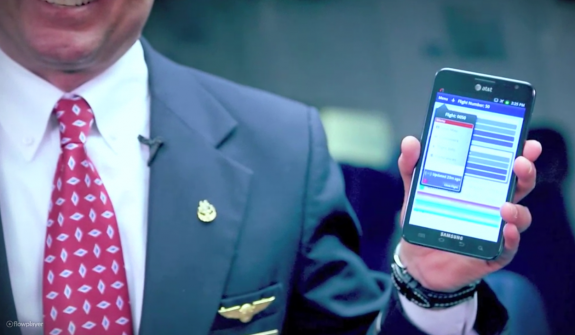 Pilots for American Airlines will bring iPads with them into the cockpit with all the information that need for the flight preloaded, which mostly just cuts down on paper to help the environment and to increase efficiency.

Crew for American Airlines in the airport will also use mobile devices to print boarding passes, check bags and check flight information for travelers.

Overall, American Airlines will use mobile devices to hopefully make the traveling experience easier for its customers. The airline’s planes are also better equipped for travelers who want to remain connected during a flight, whether for work or for pleasure.