It appears that the next Motorola Droid Bionic update, which follows the massive bug fix roll out that happened back in December, is on the cusp of heading out to the public as the software is headed to testers tonight which means that a release should be just around the corner. The 5.9.902 update won’t be as packed as the previous one but it brings a couple of interesting things to Droid Bionic users.

The main thing here is that Verizon has removed the VCast Music preload aka bloatware from the phone. So if you haven’t rooted your device and gotten rid of it already, it’ll be gone soon enough.

Big Red has replaced VCast with another piece of bloatware in the Amazon MP3 app, an app that is arguably useful. 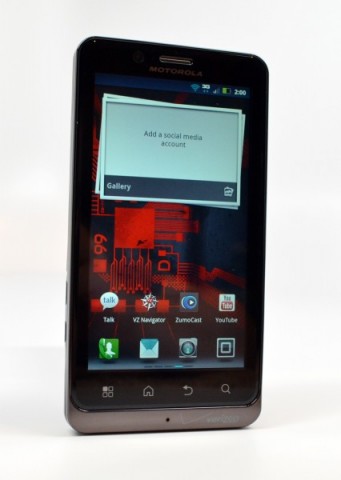 Other pieces of the update include:

So, not too exciting but this is a maintenance update and now a full-blown bug fixer. There are also still some mysteries here too, like, what does “Motorola Terms and Conditions screen automatically enables data collection/location details” entail exactly?

Fortunately, we should know everything there is to know about this 5.9.902 update later on today when it reaches Droid Bionic beta testers.