Facebook had recently published an update to the Google Play Store for Android users with a number of bug fixes and security improvements. However, the chief feature on the change log is the ability for users to use the front-facing camera. This will allow users to capture self-portraits easily and post it to the social networking site, but the feature does open up the doors for additional functionality in the future in the area of video chatting.

As Facebook is now competing against Google and Google Plus on Google’s native mobile platform, the support for a front-facing camera could potentially someday allow Facebook to match Google’s Hangout feature, which allows for multi-persons video chat and calling. Currently, Facebook messaging is a text-based messenger client that runs within Facebook service and doesn’t allow for phone or video messages to be sent. 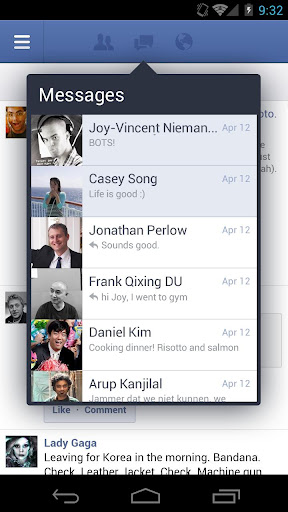 The update brings the version to 1.9.7 and users can download the free update through the Google Play Store. This version does require at minimum Android 2.2 Froyo to run.