The New HTC One arrived today at an official announcement in New York and London, where HTC CEO Peter Chou took the stage to show off the New HTC One M8 and talk up the design of the new device.

Chou bragged about the New HTC One design saying that HTC is able to, “Push the use of metal further than anyone in the industry.”

With the HTC One M8 the phone uses 90% metal, a jump of nearly 20% from the HTC One launched last year. The design and machining, “makes HTC’s phones stand apart from the crowd,” according to Chou. 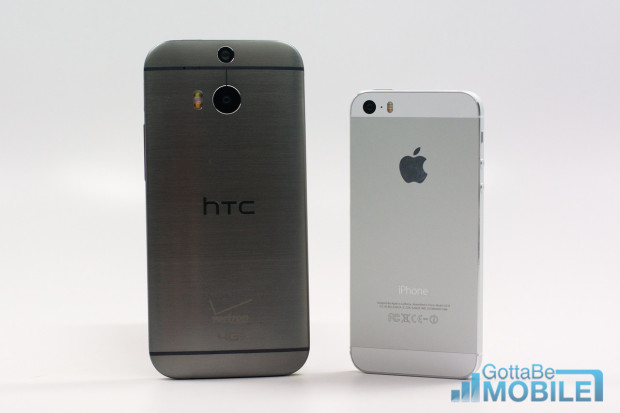 The New HTC One design is 90% metal compared to 70% on the original HTC One.

During the presentation the CEO took a shot at Samsung for including so much plastic in their designs, but when shoppers look at metal smartphones, the iPhone 5s is at the top of the list and Chuo’s claims clearly target Apple’s design.

In a design video HTC designers and engineers discussed the process used to remove more polycarbonate from the sides of the device to bring the metal all the way up to the top. This new design looks similar to the use of plastic or glass on the iPhone 5s, which allows the iPhone’s antennas to communicate.

HTC refined the HTC M8 from the HTC M7. Instead of starting from scratch, HTC added more metal with a polished mirror-like finish and opted for more curves to deliver a sleeker look and a more natural fit in a user’s hand. The video below shows the new HTC One M8 design.

During the announcement, HTC shared that the new HTC One M8 metal design is able to allow 10 or more sensitive antennas to work inside a design with significantly more metal. 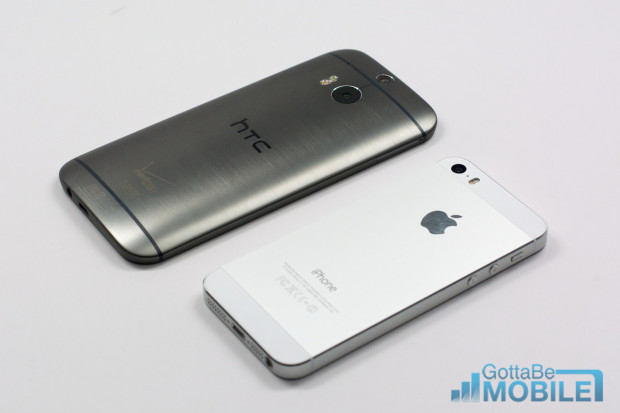 The HTC One offers a design with more metal.

The image above shows the New HTC One back compared to the iPhone 5s, and it is clear that there is more metal on this phone. If this delivers a phone that feels more solid or is harder to damage with a drop Chou’s claim may hold up.

In 2013 we called the original HTC One, “The MacBook of Smartphones,” thanks to the aluminum design that matches the finish of an Apple MacBook Air and MacBook Pro perfectly. HTC shifted the design in 2014, but the design of the new HTC One M8

The New HTC One features a 5-inch 1080P display, dual cameras and a Snapdragon 801 processor. The New HTC One release is March 25th in select countries.