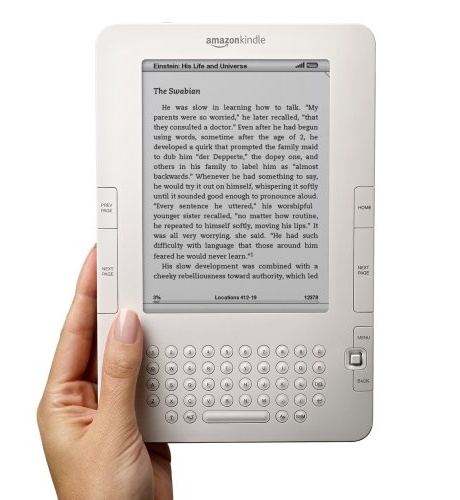 Just a week after Barnes and Noble released their 1.3 update to the nook, Amazon begins the release of their update to the Kindle 2 and Kindle DX.  From a post over at Engadget, we know that the update is rolling out to a limited group of users first, and then a full update to the masses in  May.

What does the update get you?

Sharing what you read on Facebook and Twitter?  I am not so sure about this one.  Isnt that what a book club is for?