The new Nexus 7 is already seeing dwindling stock, just a few days after it went on sale on the Google Play Store and through retailers like Best Buy and Staples.

Last week, Google introduced the new Nexus 7 tablet, a device that replaced the original Nexus 7 and one that was announced with a July 30th release date. Lucky for consumers, the device went on sale well ahead of its July 30th release date with retailers selling the device both in-store and online to those interested in picking up one of the best small tablets to date. 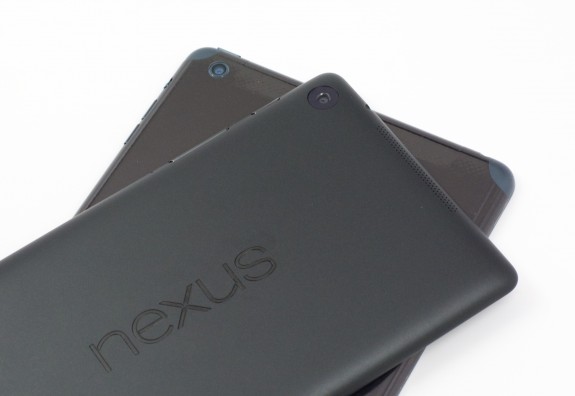 Nexus 7 stock is already running low at some retailers.

While we haven’t seen the launch issues that we saw with previous Nexus devices including the Nexus 7 and the Nexus 4, we are starting to see retailers run out of Nexus 7 stock extremely early.

Last week, we saw Best Buy run out of stock and now, it’s Staples that is currently out of Nexus 7 stock online as the company’s website lists both the 16GB and 32GB Nexus 7 models as being temporarily out of stock. We were able to snag a new Nexus 7 inside of a Staples retail store so those interested should call ahead to check on availability. 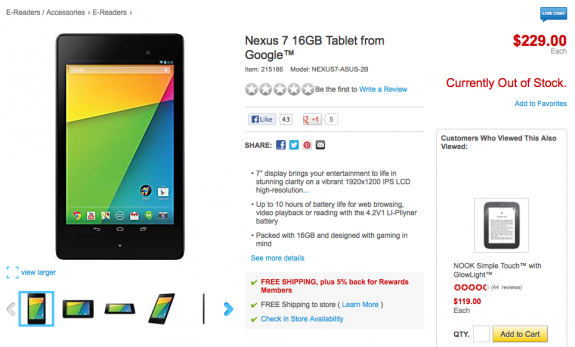 While stock will ultimately return to the retailers website, it’s a sign that there is sharp demand for the new Nexus 7. Other retail checks reveal that Amazon’s 32GB Nexus 7 is currently shipping out in three to four weeks while the 16GB model is slated to ship out by today. OfficeMax is currently only selling the 32GB model, though, the device is not available in stores.

Walmart says that the 16GB will be available for pickup in early August (the 32GB does not show up online) while Gamestop doesn’t seem to be affected by any early shortages as both models are currently ready to ship in 24 hours.

Google is currently taking orders on the Google Play Store and still says that it will be shipping orders out by July 30th, the device’s original release date. It’s unclear how impacted the shipping dates will be once July 30th arrives.

The company still isn’t done launching the Nexus 7 either. Google promised a 4G LTE version of the Nexus 7 in the “coming weeks” but the device has yet to make an appearance and there is no telling how long interested consumers will have to wait.