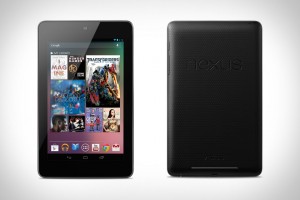 McConnell, speaking with Barrons, says that the updated slate with the new specs would be announced at Google’s I/O developer conference in May. He says that Asus would again manufacture the second generation Nexus 7.

The reason for the switch in processing unit? Qualcomm’s system-on-a-chip, or SoC, would allow the chip to be cheaper and conserve space inside the tablet as it would combine the processor and radio into a single chip:

“Supply chain conversations indicate two reasons for Google’s selection of the Snapdragon APQ8064 over Tegra 4: competitive pricing, and a decision to single-source the application processor and 3G/4G modem to simplify logistics and create a fully pin-compatible platform interface,” declared McConnell.

It’s unclear if the this tablet will be the only small-screen slate on Google’s agenda. Previously, it’s been rumored that LG will be producing the Nexus 5 smartphone after the Nexus 4 launch as well as a 7.7-inch tablet rumored to be called the Nexus 7.7. Right now, Google could potentially launch one tablet or the other for its second generation 7-inch form factor, or it could launch both and give consumers more options and expand the Nexus family.

Additionally, it’s also been reported that the Nexus 10 will also get a bump. The second generation Nexus 10 tablet, to also be made by Samsung, will feature a quad-core Exynos processor with an eight-core graphics processor, accrding to McConnell. This tablet is speculated to not be announced in May at the Google I/O conference, according to Unwired View.