Google’s new wearable smartglasses known as Google Glass are appearing everywhere. This week the Sacramento Kings are wearing them during warmups for an NBA game, and the next stop for Google Glass is the Super Bowl.

On the biggest stage around, being one of the most watched events on TV, a CBS affiliate has partnered with Google to give a unique perspective for the big game according to Forbes. Millions wish they could be there, and aside from watching it live, the next best thing is a first-person view through Google Glass. 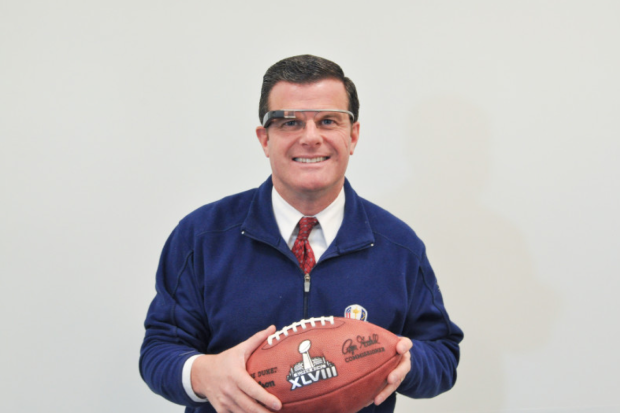 A CBS affiliate out of New York City by the name of John Kucko will be wearing Google Glass and sharing his unique and up-close perspective during his coverage of football’s grandest game, and promises it will be an experience never seen before.

We’ve seen Google Glass in hospitals, courtrooms, and many other areas as the wearable technology continues to get more attention in the media, but being present at the Super Bowl could finally get Google Glass come real coverage. Not to mention give us an amazing view of the field like never before.

“Google Glass will provide viewers with a perspective of the greatest spectacle in sports that they have never seen or experienced before. To have this first person technology will be invaluable in my day-to-day coverage of football’s grandest game.” –  John Kucko

Sports is one of the many areas Google Glass can be put to good use. Having glasses that are always connected to easily share and tweet photos, record and post videos to YouTube, and give us a first-person view. Kucko will be broadcasting pictures and videos with the on-board camera, and uploading them right to social networks. We’re not exactly sure what all is in store for Glass at Super Bowl XLVIII, but I’m excited to see what we as viewers get out of it.

Google’s wearable technology is on track for a public release sometime in the second half of the year, but for now this futuristic technology is still only available to a select few.