All the way back in September, I experienced a nightmare iPhone 5 pre-order. The one that I had seen in my dreams the night before the device went on sale. AT&T’s website was a mess. Customer service representatives couldn’t tell me anything. My order essentially remained in limbo all the way up until a day before it arrived on my doorstep. It was a maddening process. I did not expect to feel this way again for awhile. Then, the Nexus 4 entered the picture.

On November 13th, the Nexus 4 went on sale on Google’s Play Store only to sell out almost immediately. At that point, I wasn’t interested in buying one. However, I lived through the process vicariously through the experiences of the users who were greeted with site errors, unhelpful customer service reps and a lot of uncertainty. Yes, like the iPhone 5 pre-order process, the Nexus 4 process was a nightmare. Just not for me, at least not yet. 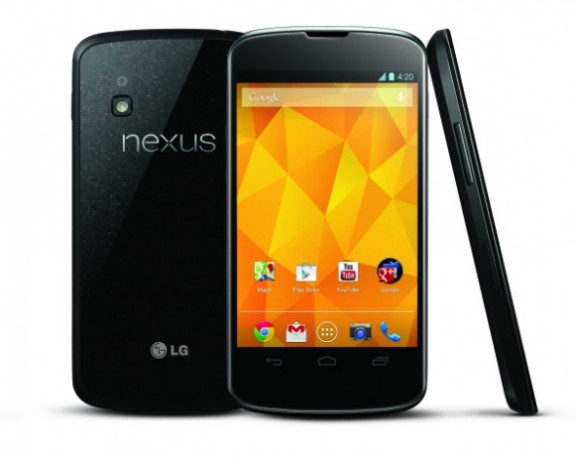 Over the past few weeks, I have waged an internal battle. Part of me wanted to buy the Nexus 4 when it came back to the Google Play Store. The other half was not nearly as intrigued by Google’s new Nexus. This morning, like so many others it seems, Google shot me an email alerting me to the Nexus 4 would be coming back into stock today at Noon Pacific.

It was time to decide.

Again, like many others, I was counting down the minutes before I would have the opportunity to place an order for a Nexus 4. Notice how I said opportunity. I still hadn’t convinced myself to buy it. Tick tock, tick tock. Tick tock.

Knowing that Google had placed the Nexus 4 up early the first time around, I arrived early to the Google Play Store, eager to put a Nexus 4 into my cart so I could sit there, staring at it, weighing my options before ultimately deciding whether it was worth it. Almost immediately I knew the next hour or so would be an absolute nightmare.

Arriving on the Google Play Store at about 11:59 and 26 seconds, I was immediately greeted with a familiar face. The red “Sold Out” sign hanging where an “Add to Cart” button should have been. Cache issue? Perhaps. Firefox issue? Could be. So I cleared my cache on Firefox and reloaded the site. No dice. At this point, I decided to switch to Safari.

Safari told me a different story. Instead of mocking me with a “Sold Out” notice, I was treated to another beast. Safari let me add the Nexus 4 to my cart, only it told me that I’d have to wait for several weeks before I’d see my Nexus 4 arrive. 4-5 weeks for the 8GB Nexus 4 it told me. 1-2 weeks for the 16GB Nexus 4. Keep calm and carry on I thought to myself.

At this point, I clicked on Add to Cart, and thought I’d be able to sit back and weigh the pros and cons of my potential purchase. Google had a different plan in mind. Like many others, I was then taken to a page with an error telling me that there was a problem with my request and that I didn’t have anything in my cart. Odd, because I just added a Nexus 4 to my cart.

Refreshing the page led to more madness. The site flickered between Sold Out and the Add to Cart option that led to an error. My other half clearly had conspired with Google so as not to let me buy the Nexus 4. This took place in all of four minutes.

At that point, it was clear that Google did not have Nexus 4 stock left for two-day deliver and I’d have to wait. Only up until about and hour ago, I was unable to get past the error screen. And now, I’m left with even longer waiting times. The 8GB Nexus 4 is sitting at 6-7 weeks and the 16GB Nexus 4 says it’s shipping out in 2-3 weeks. So much for an impulse buy.

Maybe even more frustrating than the fact that I didn’t even have the chance to place an order for a Nexus 4, even when I showed up early, is the fact that Google wasn’t ready for the second go-round. I thought that it would have learned its lesson after the meltdown that took place earlier this month when it first went on sale.

Who am I kidding? AT&T’s been selling the iPhone for years and it too completely failed with the order process for the iPhone 5. I just hope that unlike AT&T and Apple, Google learns from these mistakes and does better next time.

Who knows, maybe they would have sold a few more Nexus 4’s today.