Read: White Nexus 4 Bumper On Sale Ahead of Release.

The Nexus 4 bumper case is gone from the Play Store, and it’s unclear if it will ever come back.

Google’s website is now listing the device as sold out saying that it is “no longer available for sale”. It’s unclear just how long the accessory will stay sold out through the Play Store and given the language, it’s possible that we never see it return through Google. We saw the same language applied to the Nexus Q, which never returned, and the Nexus 7 cover has also received the same treatment.

So, it could be that Nexus 4 owners will be left buying the bumper case through third party avenues rather than through the Google Play Store. It would certainly be strange to see the accessory fade away so soon after the release of the Nexus 4 but perhaps something better or different is in the cards. Perhaps it will come back into stock. It’s not clear at this point. 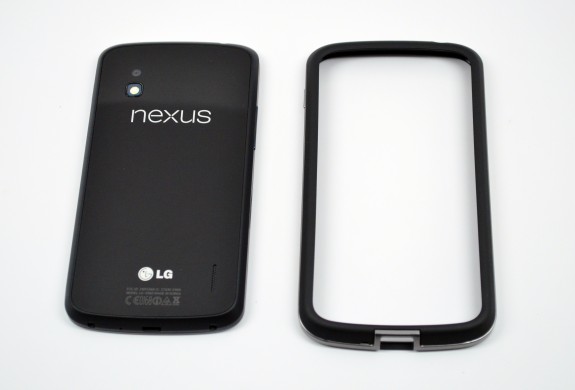 The Nexus 4 bumper is the Nexus 4’s official case from Google.

The Nexus 4 bumper case is the official Nexus 4 case from Google. The accessory protects the sides of the device while also offering a ledge that protects front and back of the Nexus 4. The latter is important because the Nexus 4 design uses a glass backing that is susceptible to cracking if dropped.

The case is also extremely slim and lightweight and it maintains the look of the edges making it a perfect choice for protection.

The sell out comes shortly after Google added a specific ship by date to the Nexus 4 8GB for the first time with the Google Play Store listing the device as shipping out by March 22nd, as opposed to a broad set of weeks.