The long-awaited Nexus 4 Wireless Charging Orb accessory, which was debuted alongside the Nexus 4 back in November but has yet to make it to shelves, has appeared at an online retailer with a $59.99 price tag. The device, however, remains out of the reach of customers and could remain that way until next month.

Back in November, Google announced its current Nexus smartphone, the Nexus 4. And with it, the company revealed a couple of intriguing accessories including the device’s bumper case and an accessory called the Wireless Charging Orb, an orb shaped Qi charger that charges the Nexus 4 without connecting any wires. 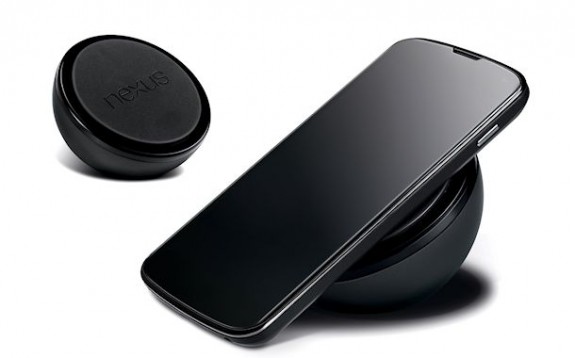 The Nexus 4 Wireless Charging Orb has emerged for $60.

Since November though, the Nexus 4 Wireless Charging Orb from LG has been out of commission, leaving interested Nexus 4 owners scrambling for other wireless charging options.

However, it now looks like LG and Google are making progress with the accessory’s release. Earlier this month, we saw it emerge on Norwegian retailer Dustin Home. And now, courtesy of Android Central, the device has made another appearance, this time at U.S. retailer Pure Mobile which lists the LG-made Wireless Charging Orb for a much more affordable $59.99. The Norwegian price had it placed at over $90 U.S.

So, it now looks like we have our price for the Wireless Charging Orb but we still don’t have a release date and the retailer isn’t taking orders for the accessory just yet.

The Nexus 4 wireless charger is slated for a February 12th release date on Dustin Home but this is likely when the retailer thinks it will receive stock of the device. As we saw with the Nexus 7 dock, these dates mean nothing. For what it’s worth, a Pure Mobile customer service representative told us that it is slated to get stock in two to three weeks which seems to match up well with a mid-February release.

For the record, Google has told Gotta Be Mobile that it currently has no news on the release date of the Nexus 4 Wireless Charging Dock so unfortunately for Nexus 4 owners, the wait for this elusive accessory continues.