Android 4.4.1 KitKat had been in the rumor mill for a few days, thanks to a noted HTC developer and insider who claimed that the HTC One Google Play Edition Android 4.4.1 KitKat update was close. That rumor was seemingly confirmed by site analytics pointing to updates for not only the Nexus 5 but the Nexus 4 and Nexus 7 as well. 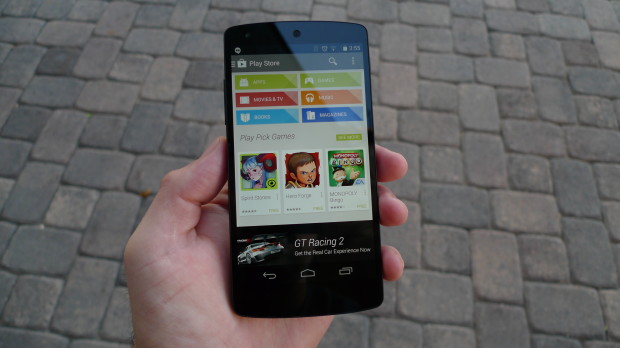 Earlier today, Google confirmed an Android 4.4.1 KitKat update for arrival and said that it would be aimed at tackling some of the problems surrounding the Nexus 5’s camera. The company declined to offer release date details and it did not say if the update would be arriving for any devices besides Google’s brand new Nexus 5. Google has answered one of these questions today as the company has announced that the Nexus 5 Android 4.4.1 update will begin today.

On Google+, the company revealed that the Nexus 5 Android 4.4.1 KitKat update roll out will start today though it didn’t say when. In the past, Google has taken its time between announcement and roll out so it could be a few hours before the update starts pushing. We have not seen the update appear on our Nexus 5 just yet though the file has been found on Google’s servers and can be sideloaded.

While the change log isn’t available just yet, Google says that the update “improves the camera with faster focusing, especially in low light, faster white balancing, for truer colors, the ability to pinch-zoom the viewfinder in HDR+ mode and less shutter lag.” Google confirmed these features earlier today so it will be interesting to see how they impact real users of the Nexus 5.

What’s unclear is if the update will also be rolling out for the Nexus 4 and Nexus 7. Both devices are currently suffering from a number of issues, including a major bug affecting users of Exchange. With an HTC One Google Edition Android 4.4.1 update seemingly on the way, we imagine that there could be more Android 4.4.1 updates in store but at this point, Google isn’t saying.