Google could announce the Nexus 5 and Android 4.4 this morning at a special live stream event.

A Morning with Google+ is scheduled to start at 12:30 Eastern, 9:30 AM Pacific, with a live stream of the event where, “The Google+ team will be sharing a few updates.”

Initially this looked like just another Google event that would steal some of the hype around the Nexus 5 release and the Android 4.4 update announcement, but a leak and a post from Vic Gundotra the Senior Vice President of Engineering at Google, point to something that is bigger than Google+. 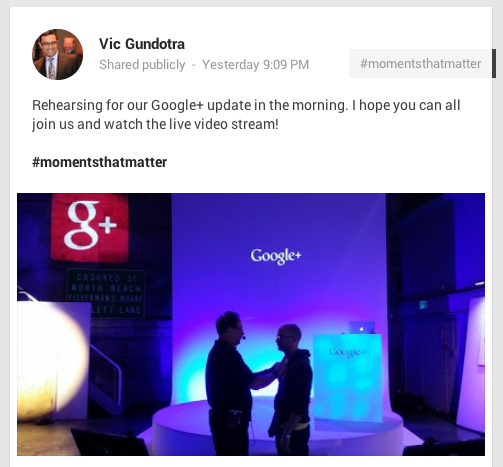 Is Google teasing a Nexus 5 and Android 4.4 KitKat announcement live stream for today?

In a post to Google+ this morning Gundotra used the hashtag #momentsthatmatter. This is the same phrase that appeared on a Nexus 5 pre-registration page for Canadian carrier Wind Mobile. The carrier is no longer showing the page, but the wording is spot on as shown in this screen capture from Android Police. 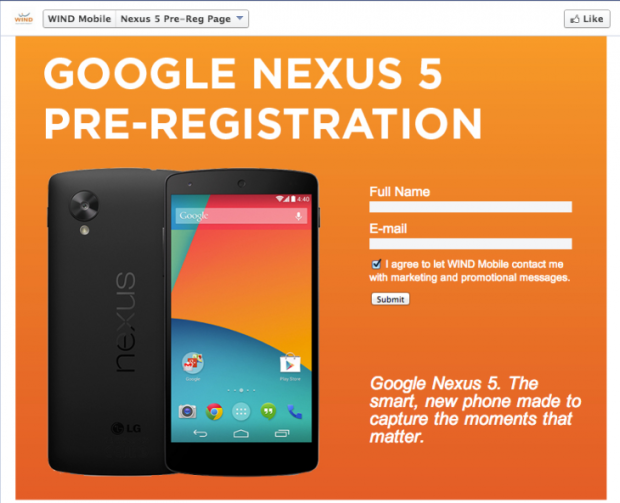 “Capture the everyday and the epic in fresh new ways.”

While not an outright confirmation, the focus on taking great photos lines up with the rumored 8MP camera with optical image stabilization and sharing them clearly falls within the Google+ realm of Google. Google+ auto enhances photos uploaded to the service, delivering impressive results.

Gundotra is in charge of Google’s mobile phone apps and developer efforts. The latest Android updates and features shifted from major system enhancements that take forever to arrive due to carrier holdups and manufacturer testing and into major app updates that come to users almost immediately after the announcement.

The Morning with Google event will live stream on the Google+ page and so far 23,000 users are RSVP’d to what may be the Nexus 5 announcement. At this point there is a lot of dot connecting, and this may just be Google leveraging the Nexus 5 hype, so don’t get your hopes up too high.