An annoying Android 4.4 bug causing bad battery life on the Nexus 5 and Galaxy Note 3 should be fixed thanks to a new version of Skype out on the Google Play Store today.

Users should update Skype on Google Play immediately and read on for an important change in group chat notifications, and how this update changes the settings.

According to the announcement, Skype 4.7 for Android fixes the Android battery life problem, fixes audio and video on tablets without Bluetooth and shows Windows Live Messenger contacts in the Skype view by default. 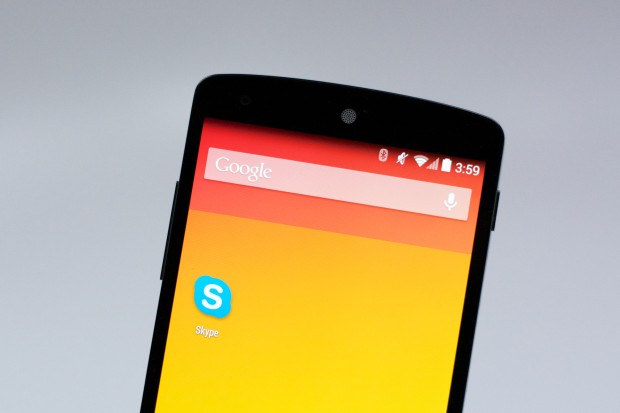 A Skype 4.7 for Android update fixes a KitKat Battery bug on the Nexus 5 and Galaxy Note 3, until Google can deliver an Android 4.4.3 update.

The way Skype and some other apps access the camera on the Nexus 5, Galaxy Note 3 and other Android devices on Android 4.4.2 caused the camera process to run wild in the background. For many users this bug dramatically impacted battery life, causing some devices to drain the battery in a few hours.

Google identified a problem in early March, and is planning to fix the mm-qcamera-daemon issue in an Android update for the Nexus 5, but suggested users contact other manufacturers to report problems on the Galaxy Note 3 or other affected devices. The Google Team member shared, “These may be related to a recent update to Skype, which seems to access the camera regularly from its background service in some way that triggers this bug (note, we don’t currently believe there’s a bug in Skype itself).”

For users that enabled auto app updates the Skype Android update may already be installed, but it is a good idea to verify that the new update is installed. It would also not hurt to restart the phone to make sure any out of control camera processes are stopped and the phone has a fresh slate after installing the update.

To fix this Android 4.4 KitKat bug on the Nexus 5 and other devices Skype turned off instant notification of messages for group chats. This is a temporary fix, but one many Skype users will likely be able to live with. Users that need this functionality can turn instant notifications back on. Skype directs users to, “Go to Settings > Notifications > check the “Sync group messages in the background” box.”

It is good to see Skype working to offer a workaround for this problem, but it is not a full solution for users that may see the problem from other apps. For a complete fix users will likely need to wait for a Nexus 5 Android 4.4.3 update to arrive, and other users will need to wait for updates to trickle out to non-Nexus devices.