The Nexus 5 was officially released late last week, and those who bought the device are just now receiving them in the mail, with the first batch of Nexus 5 units arriving yesterday for many buyers. About as quickly as a dropped banana hits the floor, the Nexus 5 root is complete, and infamous Android developer Chainfire is the user behind it all.

Chainfire released released CF-Auto-Root, which he says is the “root for rooting beginners,” as well as those who want to stay as close to stock as possible, while still enjoying the benefits of a rooted device. CF-Auto-Root for the Nexus 5 supports Windows, Linux and Mac, so pretty much anyone can use it no matter what computer they’re using. 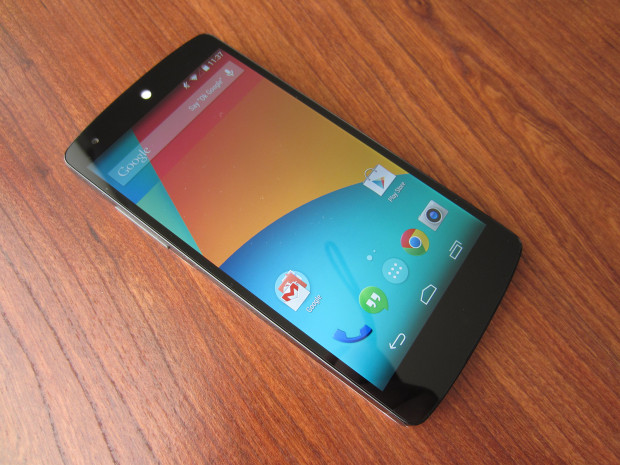 If you’re familiar with rooting Android devices, the process is pretty simple, but if you’re new to rooting, we’ll try to explain it all in an easy-to-understand fashion, but we suggest learning more about rooting (if you haven’t already done so) before you dive deep into your Nexus 5.

How to Root the Nexus 5

Follow the step-by-step guide below to root your new Nexus 5. Please be aware that you do this at your own risk. Also, this method will completely wipe all of your data, so be sure to back everything up if you’ve already set up your Nexus 5. 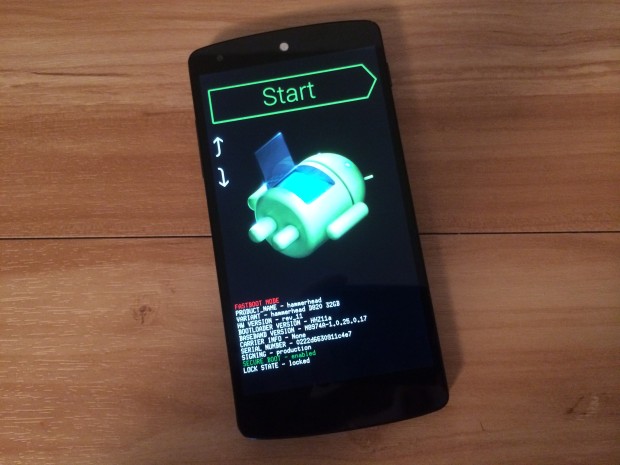 This is where the procedure changes based on what computer operating system you’re running. If you’re on Windows, simply run the root-windows.bat file that’s located in the folder you just extracted. If you’re on a Mac or Linux, it’s a bit more complicated: 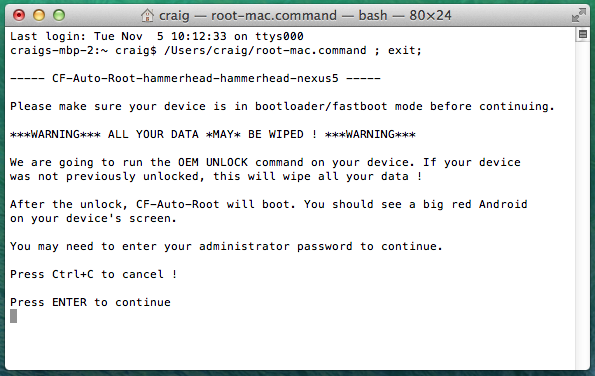 If everything goes well, you should see some warnings and then a prompt that says Press ENTER to Continue. You may have to enter in your admin password and press Enter again. You’ll then be asked on your phone if you want to unlock the bootloader. Use the Volume Up button to select Yes and then press the Power button to select. A red Android figurine should appear on your phone’s screen, which indicates that the commands were successful. Your device should restart and you’ll be greeted with a rooted Nexus 5!