A few weeks back we received some renders showing off the 2015 Nexus 6 for the first time, potentially revealing the design of Google’s next phone, and now actual photos have leaked. Rumors have essentially confirmed two Nexus smartphones are coming in 2015, and earlier this week actual photos of a 2nd Gen Nexus 6 for 2015 emerged.

For months small rumors and details have been surfacing suggesting Google has two new smartphones coming soon. One made by LG, and another made by Huawei. Those were followed by leaked concept photos, some renders, and now the actual device is out and in the wild.

On Monday some photos appeared on Google+ that are reportedly the new 2015 Nexus 6 made by Huawei. This very closely matches the renders from a few weeks back, rumors we’ve heard in the recent past, and more. It looks like Google is preparing a 5.2-inch LG Nexus 5, and a 5.7-inch Nexus 6 for 2015. Read on for more details. 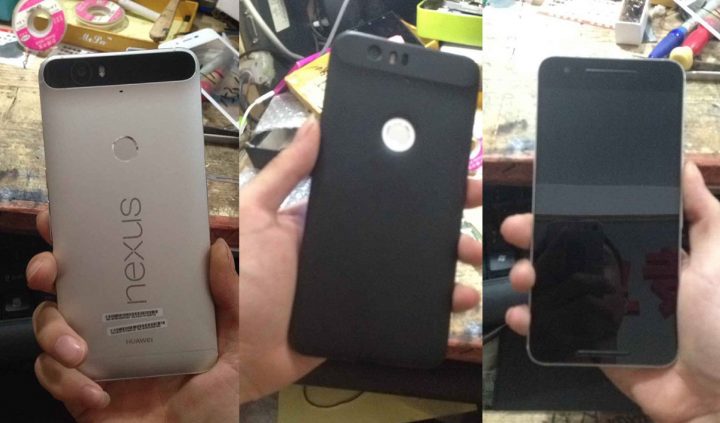 Originally rumors were back and forth about the new Nexus for 2015, with some claiming it would be LG, and others saying Huawei. Then we learned both were true, and Google was aiming to offer the same two-device approach as Samsung, Apple, and others. With a potential release date near, more details and even photos are appearing.

Famed and extremely popular leakster Evan Blass known as @evleaks, recently confirmed  on Twitter what we’ve been hearing for the past few months about the new Nexus 6 for 2015. That, along with renders and other leaks, and now these photos, all lend credence to all prior rumors about the two-device release approach from Google this year.

What we’re seeing here today could be fake, or an early prototype, and there’s also multiple comments suggesting the devices final design is being somewhat hidden in a rather ugly casing. As in the actual phone looks much better, and is being hidden under a case to protect the finished design. Leaks suggest this is a premium Nexus 6 with an all-aluminum design, fingerprint scanner on the back, and an excellent rear camera, but all hidden under a case to protect and mask the final design. 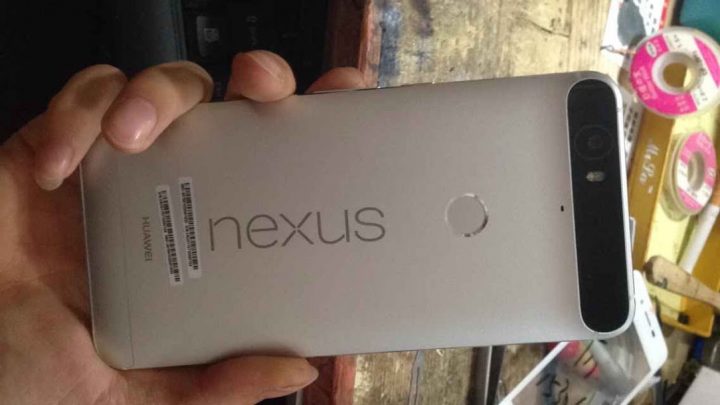 If recent rumors are accurate about Google’s plans for the Nexus line in 2015, the 5.2-inch LG Nexus 5 will be a great device, but the Huawei Nexus 6 will be even better. Huawei’s Nexus smartphone is reportedly codenamed “Angler”, and the LG Nexus is codenamed “Bullhead”. Google uses fish-related terms for device codenames. The Nexus 6 last year was called Shamu internally at Google.

We’re not sure what to expect yet and these are only rumors and leaks. That said, here’s the latest rumor to go along with these leaked photos.

With Android 6.0 Marshmallow Google added native fingerprint support for enhanced security, fingerprint logins, and to use with Android Pay, among other things. Here we see what is clearly a Huawei smartphone with the “Nexus” branding, a big bulging camera, which may be fake or real considering rumors of an impressive 21 megapixel camera. That bulge may be in the final design, or just the case, again, to protect the final design of Google’s new flagship smartphone.

These images also closely match photos that recently surfaced of the new Nexus 5 with the same dual front-facing speakers for improved sound, a fingerprint scanner on the back, not to mention rumors of an aluminum design.

We’re not sure what to make of the images thus far, and it certainly isn’t the best looking smartphone by any means. The 2015 Nexus 5 looks much more appealing, especially if the bulging top is indeed real and will be a part of the 2015 Nexus 6. For now these are all still rumors and leaked photos with no concrete evidence to back them up. That being said, Google promised Android 6.0 Marshmallow will be released in September, and new versions of Android typically arrive with a new Nexus smartphone or tablet. Meaning these could be real images of a few new Nexus smartphones coming just in time for Android 6.0 Marshmallow to launch late next month. Stay tuned for more details.